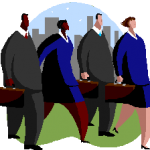 Private sector employment in the United States increased by 209,000 jobs in July 2014 while the unemployment rate rose to 6.2 percent and the number of unemployed persons increased to 9.7 million, according to THE EMPLOYMENT SITUATION — JULY 2014 jobs report released by the U.S. Department of Labor’s Bureau of Labor Statistics (BLS). The most recent jobs report is available at http://www.bls.gov/news.release/pdf/empsit.pdf.