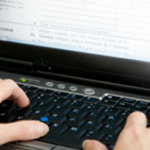 California Governor Jerry Brown has signed legislation – Senate Bill 1027 (SB 1027) – that amends the California Civil Code to prohibit websites from posting arrest mug shots and then charging a fee to remove the photos. The complete text of SB 1027 – which takes effect on January 1, 2015 – is available here: California SB 1027.

“These shakedowns must stop,” the bill’s sponsor Senator Jerry Hill (D-San Mateo/Santa Clara) stated in a press release about SB 1027. “We are all accountable for our own behavior, but these businesses aren’t about accountability — their practices amount to extortion.”

Specifically, California SB 1027 “makes it unlawful to solicit or accept payment to remove, correct, or modify mug shots.” A civil action may be brought against any website that violates SB 1027 and the person bringing the lawsuit may seek damages equal to the greater of $1,000 per violation or the actual damages suffered.

California SB 1027 does not restrict access to arrest records and booking photos by the media and individuals. Although mug shots placed in arrest records for identification are not intended to imply guilt, websites that post mug shots and charge fees to remove them have flourished by making the photos widely available via the Web.

However, in more than half of the cases in California an arrest does not lead to a charge or conviction. According to figures from the Office of the California Attorney General, 932,540 people were arrested in California in 2011, but no charges were filed or no convictions were made against 545,737 of them.

At least seven states in addition to California – Colorado, Georgia, Illinois, Oregon, Texas, Utah, and Wyoming – have passed laws restricting the practice of charging a fee to remove a mug shot. More information is available on the Mug Shots and Booking Photo Websites Page on the National Conference of State Legislatures (NCSL) website.