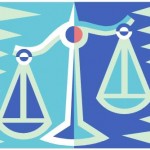 A recurring issue for employers and background screening firms is which state law to apply when a criminal record is found in one state for a job in another state.  Confusion can be created if an applicant is offered a job in one state, but has a criminal record in another state where the reporting requirements may be different.  The proper  “choice of law” can be challenging.

This issue recently arose in the context of a drug testing.  In a decision issued by the Unites States District Court of Minnesota on August 19, 2014, a Minnesota resident was offered a job in West Virginia by a Wisconsin company.  According to the Court’s opinion, although the employer initially requested the test be performed in Wisconsin, the Minnesota resident instead was allowed to take the test in Minnesota for convenience.

The Court reviewed the Minnesota law and determined that Minnesota had a presumption against the imposition of extra-territorial application of Minnesota law on other states.  The court noted there was no language in the law that attempted to apply it to out of state activities and that it was unreasonable to construe the phase “doing business in” as applying to an out of state employer providing out of state employment.

It would appear that even if the Minnesota law attempted to regulate out of state employers, the Court indicated that such a broad approach would likely be unconstitutional because it could violate the Commerce Clause of the United States  constitution by creating numerous conflicts among state laws. The Court also indicted that applying Minnesota state law to out of state employers filling out of state jobs could violate due process issue since an employer could not be arbitrarily subject to  Minnesota law unless there was sufficient contacts with the state. However, the Court noted that it did not need to reach that issue since it already held the Minnesota law did not apply in the case before the court.

This decision underscores Employment Screening Resource’s (ESR) long held interpretation of state background checking laws by focusing on the state where the employment is to occur.  In this case, even though the Minnesota resident took the drug test in Minnesota, both the employer and the job were in other states. Although first looking at the law of the state where the employment occurred is a commonly used industry rule of thumb, there can be exceptions. For example, in the Minnesota case, if the employer was also based in Minnesota, it may have been a closer issue.

In a 2010 blog, ESR noted another court decision in an employment discrimination case where there were variations in law between jurisdictions. In that case, the highest court in New York ruled the case could not proceed in New York under New York laws since the “impact” of the employment decisions occurred in another state.  See: https://www.esrcheck.com/wordpress/2010/07/09/new-case-from-new-york-gives-potential-guidance-on-issue-of-which-state-law-applies-for-reporting-criminal-records/.

The complexity in determining whose law applies underscores again that background screening and drug testing are extremely complex and heavily legally regulated professional services and go far beyond mere data retrieval.  Background checks are subject to ever increasing litigation, legislation, and government regulations, and employers are well advised to seek service providers that understand these complexities.