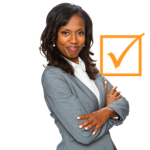 The U.S. Equal Employment Opportunity Commission (EEOC) has announced that President Barack Obama has appointed Vice Chair Jenny R. Yang as Chair of the EEOC. More information about the appointment of Yang – who will be the first Asian-American Chair of the EEOC – is available on the EEOC website at http://www.eeoc.gov/eeoc/newsroom/release/9-2-14c.cfm.

“It is an honor and privilege to have been named by President Obama to serve as Chair of the EEOC,” Chair Yang stated in a press release about the appointment.  “Our outgoing Chair, Jacqueline Berrien, has left an extraordinary legacy.  I look forward to building upon that foundation with my fellow Commissioners, our General Counsel, and all of our dedicated and talented staff.”

Chair Yang was unanimously confirmed by the U.S. Senate on April 25, 2013 and has served as Vice Chair since April 2014. Her term as Chair will expire July 1, 2017. As a member of the EEOC and Vice Chair, Yang led a comprehensive review of the EEOC’s systemic program which addresses issues of alleged discrimination that have broad impact on an industry, profession, company, or geographic area.