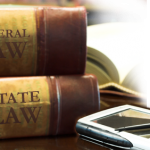 A class action lawsuit filed against Staples, Inc. alleges that the company failed to properly disclose to applicants and employees its use of consumer reports and deprived them of their rights under the federal Fair Credit Reporting Act (FCRA), according to a press release from the Bohrer Law Firm.

The Bohrer Law Firm press release states the class action lawsuit (case 0:14-cv-61731-RNS) was filed on July 29, 2014 in the United States District Court for the Southern District of Florida Fort Lauderdale Division on behalf of Mariah Roman and a class of similarly situated individuals.

According to the Louisiana trial lawyers of Bohrer Law Firm, companies are in violation of the FCRA if they fail to provide applicants and employees with proper notice of their plans to use consumer reports about them for employment purposes. FCRA violations can lead to a class action lawsuit for companies.

The press release states: “If an employer violates the FCRA, such as by failing to give notice, not providing a copy of the report, not allowing time to dispute the information, or taking an adverse action without notice, job seekers and employees are deprived of their rights, including privacy rights.”