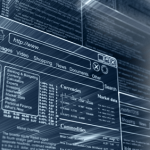 The U.S. Government Accountability Office (GAO) has called for a review of a contract worth nearly $200 million awarded to a contractor of background checks and recommended the Department of Homeland Security (DHS) consider stripping the contract from a unit of the firm due to fraud allegations against the parent company, according to a report from The Wall Street Journal available online at http://online.wsj.com/articles/gao-recommends-government-strip-background-check-work-from-contractor-1413842400.

The Wall Street Journal reports that the decision by the GAO – considered “the watchdog arm for Congress” – would allow the DHS to strip a unit of U.S. Investigations Services LLC (USIS) of a contract awarded by the U.S. Citizenship and Immigration Services (USCIS) – the agency that oversees legal immigration to the country – to help support the U.S. immigration system. The Wall Street Journal reports that USIS said in a written statement it would challenge the GAO decision that “flies in the face” of the DHS finding it was an outstanding firm.

In September 2014 ESR News blogged about the DHS and the Office of Personnel Management (OPM) issuing stop-work orders for USIS, a leading government background checks provider, after a cyberattack on the firm potentially exposed the personal information of thousands of government employees. ESR News also blogged about the Justice Department accusing USIS of faking or not fully completing at least 665,000 background checks used for government security clearances.

In June 2014, the OPM’s Office of the Inspector General (OIG) Office of Audits released an ‘AUDIT OF THE FEDERAL INVESTIGATIVE SERVICES’ CASE REVIEW PROCESS OVER BACKGROUND INVESTIGATIONS’ to ensure contactors providing government background checks meet contract requirements. The audit is available at http://www.opm.gov/our-inspector-general/reports/2014/audit-of-the-federal-investigative-services-case-review-process-over-background-investigations.pdf.