Ban the Box Webinar from Employment Screening Resources on November 12 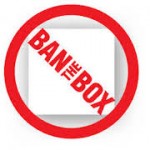 Attorney Lester Rosen, Founder and CEO of Employment Screening Resources (ESR) and author of “The Safe Hiring Manual,” will present the webinar “Ban the Box – What Employers Need to Know” on Wednesday, November 12, 2014  from 11:00 AM to 12:00 PM Pacific Time. To register for this complimentary webinar, visit http://attendee.gotowebinar.com/register/4488944598710491905.

Rosen will show how Ban the Box laws that remove questions about criminal records of applicants from initial job applications are rapidly spreading across the United States and fast becoming a national standard that will soon affect all employers. So far nearly 70 U.S. cities and counties and 13 states have passed Ban the Box legislation, according to research from the National Employment Law Project (NELP).

Rosen will also explain how Ban the Box seeks to delay inquiries into and use of the criminal records of job applicants until later in the hiring process so candidates are judged fairly on their knowledge, skills, and abilities for the position in question. He will also show how Ban the Box relates to the Equal Employment Opportunity Commission (EEOC) Enforcement Guidance on criminal records.

Rosen was also one of the background screening industry consultants who helped to develop the “Best Practice Standards: The Proper Use of Criminal Records in Hiring” with a group of national civil and workers’ rights organizations. The report addresses the use of criminal records of job applicants by employers and offers recommendations for Best Practice standards in criminal background checks.

Rosen – a frequent speaker on issues involving background checks – believes Ban the Box “will soon affect all types and sizes of employers,” according to comments featured in an article from Business News Daily. Rosen told Business News Daily that “we are near a tipping point” with Ban the Box and advises employers “to adjust to it and move forward.”

Rosen told Business News Daily that Ban the Box does not mean employers will be prevented from asking about the criminal history of job applicants or conducting background checks on job candidates and must hire ex-offenders. Ban the Box just prevents employers from asking about criminal records up front so ex-offenders can get to the interview process “fair and square.”

The Ban the Box movement arose due to the large number of job seekers with some form of criminal record for arrests or convictions. A 2011 study by NELP called “65 Million Need Not Apply” found that nearly 65 million people in the U.S. – more than one in four adults – were estimated to have criminal records. NELP has since revised that number up to approximately 70 million U.S. adults.