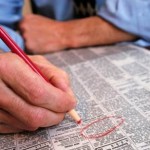 Private sector employment in the United States increased by 230,000 jobs from September to October with small and medium-sized businesses leading the way with a combined 224,000 jobs added, according to the October 2014 ADP National Employment Report®. The report is available at http://www.adpemploymentreport.com/2014/October/NER/NER-October-2014.aspx.

“Employment continues to trend upward as we begin the last quarter of 2014, driven mostly by small to mid-sized companies,” ADP president and chief executive officer Carlos Rodriguez stated in a press release about the October ADP National Employment Report. “October’s job growth is the highest since June and the second highest gain of 2014.”

Key findings of the October ADP National Employment Report were broken down into the following categories*:

* Sum of components October not equal total due to rounding.

Attorney Lester Rosen, Founder and CEO of Employment Screening Resources (ESR) and author of “The Safe Hiring Manual,” will present the webinar “Ban the Box – What Employers Need to Know” on Wednesday, November 12, 2014  from 11:00 AM to 12:00 PM Pacific Time. To register for this webinar, which will show how Ban the Box laws that remove questions about criminal records of applicants from job applications are fast becoming a national standard that will soon affect all employers, visit http://attendee.gotowebinar.com/register/4488944598710491905.