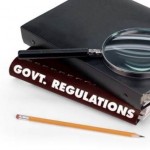 Effective January 1, 2015, new Michigan laws – Public Acts 359, 360, and 361 – offer protection for employers in the state that hire ex-offenders by issuing a “certificate of employability” to certain prisoners before their release. Under the new Michigan law, these certificates may be used as evidence to show duty of care by employers when hiring or retaining ex-offenders. A summary of these Public Acts – Michigan House Bills 5216, 5217, and 5218 that have become law – is available here.

According to the summary, Michigan House Bill 5216 amends the Corrections Code to:

In addition to other documents the DOC must give a prisoner upon release, the DOC has to issue a certificate of employability to a prisoner who:

The bill does not relieve an employer from a duty or requirement established in another law concerning a background check or verification that an individual was qualified for a position, and does not relieve the employer of liability arising from failure to comply with any such law. The bill also does not create any affirmative duty or otherwise alter an employer’s obligation to or regarding an employee with a certificate of employability issued under the Corrections Code.

Michigan House Bill 5218 amends Public Act 381 of 1974, which pertains to the issuance of occupational licenses to former offenders, to require a licensing board or agency to consider a person’s certificate of employability issued by the DOC if a judgment of guilt were used as evidence in the determination of the person’s good moral character.