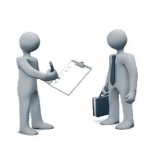 Private sector employment in the United States increased by 257,000 jobs in January while the unemployment rate ticked up to 5.7 percent, according to ‘THE EMPLOYMENT SITUATION — JANUARY 2015’ jobs report released by the U.S. Department of Labor’s Bureau of Labor Statistics. The most recent jobs report is available at http://www.bls.gov/news.release/pdf/empsit.pdf.

The January 2015 jobs report revealed the number of unemployed persons rose to 9.0 million. After incorporating revisions for November and December, monthly job gains averaged 336,000 over the past three months.

The jobs report also showed that employment in other major industries including mining and logging, wholesale trade, transportation and warehousing, information, and government, showed little change over the month.