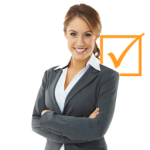 Among those workers who had an office romance, the CareerBuilder Valentine’s Day study found the most common places where the relationship started was at happy hour (12 percent), late nights on the job (11 percent), lunches (11 percent), and chance meetings outside of work (10 percent).

The CareerBuilder Valentine’s Day study also found more than one third of workers who have had an office romance – 36 percent – had to keep their relationship a secret, although 1 in 4 – 25 percent – had accidentally run into co-workers while out on a date with their office sweethearts.

However, some workers steered clear of “mixing business with pleasure” and getting involved with co-workers. The CareerBuilder Valentine’s Day study revealed work-related factors that could make a co-worker “undateable.” These workplace dating “deal breakers” included:

However, when broken down by gender, the CareerBuilder Valentine’s Day study found women less likely than men to date someone who didn’t work on a consistent basis (52 percent versus 28 percent of men), had previously dated a co-worker, (29 percent versus 21 percent), or earned less than them (10 percent versus 2 percent).

CareerBuilder is a global leader in human capital solutions and its online career site, CareerBuilder.com®, is the largest in the United States with more than 24 million unique visitors and 1 million jobs. For more information about CareerBuilder, visit www.careerbuilder.com.