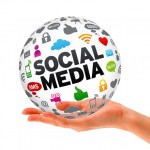 The “tweets, posts, and snapchats” of National Football League (NFL) prospects are just as important as their physical ability on the field at the NFL Scouting Combine taking place this weekend due to the rise of social media background checks performed by NFL teams, according to a story from SportTechie.com.

College football stars at the NFL Scouting Combine will be “grilled—and sometimes, viciously so—on their upbringings, friend groups, relationships, legal troubles, past drug use, and so on,” according to SportTechie. Drill results showing strength and speed are less important these days “and social media is primarily to blame.”

SportTechie describes a process called “ghosting” that NFL teams use to highlight potentially problematic players. Some teams may even use phony Facebook profile tests where NFL prospects receive “follow” requests from attractive women they have never met who claim to be big fans to see how many fall for the bait.

Social media background checks can hurt a prospect’s chances before the NFL Draft. SportTechie cites examples including players on two rival college football teams who all slid in the NFL draft after feuding on Facebook and YouTube and a prospect tweeting about a conspiracy theory video who went undrafted.

The complete story ‘Passing a Social Media Background Check Is More Important Than an NFL Prospect’s 40 Time’ is available on SportTechie.com at http://www.sporttechie.com/2015/02/20/passing-a-social-media-background-check-is-more-important-than-an-nfl-prospects-40-time/.