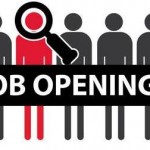 Private sector employment in the United States increased by 126,000 jobs in March while the unemployment rate remained unchanged at 5.5 percent, according to ‘THE EMPLOYMENT SITUATION — MARCH 2015’ released by the U.S. Department of Labor Bureau of Labor Statistics. The most recent jobs report is at http://www.bls.gov/news.release/pdf/empsit.pdf.

Over the prior 12 months, the jobs report found employment growth averaged 269,000 per month. In March, employment continued to trend up in professional and business services, health care, retail trade, and food services and drinking places. Among specific industries, the jobs report revealed:

Employment in other major industries including construction, manufacturing, wholesale trade, transportation and warehousing, information, financial activities, and government showed little change over the month. On the negative side, mining employment declined by 11,000 jobs in March and the industry has lost 30,000 jobs so far in 2015.

The Employment Situation for April 2015 is scheduled to be released on Friday, May 8, 2015.