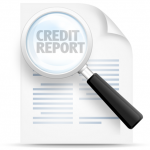 The New York City Council is expected to pass a bill – “Stop Credit Discrimination in Employment Act” (Int. No. 261-A) – that will bar employers from viewing the credit reports of job seekers and also prohibit them from asking about credit scores in job interviews, according to an exclusive report from the New York Daily News. (UPDATE: The New York City Council passed a bill that makes it illegal to request or use a job applicant’s credit history in making a hiring decision and bars most employers from checking a job candidate’s credit record. Read the full story.)

“There’s just no demonstrated correlation between credit history and job performance, or the likelihood to commit fraud or theft,” City Councilman Brad Lander (D-Brooklyn) told the Daily News, which also reported the credit report bill was drafted after low-income New Yorkers complained about being denied jobs because of poor credit.

The Daily News reports the credit report bill would exempt only employers such as law enforcement and positions posing cyber-security threats. The complete story is available at http://www.nydailynews.com/news/politics/exclusive-city-ban-credit-reports-job-hires-article-1.2182718.

Currently ten states – California, Colorado, Connecticut, Hawaii, Illinois, Maryland, Nevada, Oregon, Vermont, and Washington – limit the use of credit reports by employers for employment purposes. For more information about U.S. states with laws regulating credit reports for employment, including summaries of the laws and links to the full text, visit http://www.esrcheck.com/States-with-Laws-Regulating-Credit-Reports-for-Employment.php.

Employment Screening Resources® (ESR) has also co-authored a white paper titled ‘The Use of Credit Reports in Employment Background Screening’ describing the protections job applicants have regarding credit reports. The complimentary whitepaper is available for download at http://www.esrcheck.com/Whitepapers/Credit-Reports-in-Background-Screening/.