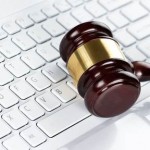 A federal judge in the Northern District of California has granted a motion to dismiss in a class action lawsuit against LinkedIn Corporation that claimed the online professional networking website’s “References Searches” function violated the Fair Credit Reporting Act (FCRA). A copy of the ruling is at http://www.esrcheck.com/file/Sweet-v-LinkedIn_Motion-to-Dismiss.pdf.

In a 21-page opinion, U.S. Magistrate Judge Paul Grewal ruled that LinkedIn could not be considered a Consumer Reporting Agency (CRA) as defined by the FCRA. Judge Grewal also found that the “Reference Searches” reports offered by LinkedIn did not fall within the FRCA’s definition of a “consumer report.” Because of this, the court granted LinkedIn’s motion to dismiss.

Judge Grewal ruled that the Plaintiffs fell short of the requirement to “have alleged sufficient facts to support a plausible inference that the Reference Searches are within the FRCA’s definition of a consumer report.” The three reasons given by Judge Grewal were:

However, Judge Grewal also granted leave to amend, allowing the Plaintiffs to file any amended complaint by May 19, 2015. The class action lawsuit is Tracee Sweet, et al v. LinkedIn Corporation, Case No. 3:14-cv-04531, filed in the U.S. District Court for the Northern District of California. The original complaint is available at http://www.esrcheck.com/file/Sweet-v-LinkedIn-Corporation.pdf.

As reported earlier on the ESR News Blog, the class action lawsuit filed in October 2014 against LinkedIn was filed by four plaintiffs who believed the “References Searches” function of LinkedIn cost them jobs. LinkedIn – an online network of professionals with more than 300 million members – allows users to search for references on network members through a “Search for References” link.