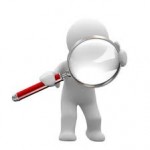 The Consumer Financial Protection Bureau (CFPB) has released its latest Supervisory Highlights report that shows CFPB supervisory resolutions resulted in remediation of $19.4 million to more than 92,000 consumers. Among the highlights of the 20-page report is a focus on how Consumer Reporting Agencies (CRAs) handle consumer disputes that question the accuracy and completeness of background check reports.

“We are sharing our latest supervisory highlights report with the public so that industry can see trends, examine their own practices, and be proactive to make needed changes before consumers are hurt,” CFPB Director Richard Cordray stated in a news release about the report.

According to the news release, the CFPB has examined CRAs over the past several years to see how they handle consumer disputes: “While Bureau examiners found great improvements in how some handle disputes in its most recent exams, one or more agencies are still failing to consistently forward all relevant consumer information to furnishers. Such inadequate processes can lead to errors in credit files and incorrect dispute investigation outcomes.”

Below are some recent observations from the Supervisory Highlights report by the CFPB “Supervision” from examinations into consumer reporting:

In prior issues of Supervisory Highlights, Supervision discussed its consumer reporting examination program and its focus on how consumer reporting agencies (CRAs) meet their dispute-handling obligations under Section 611 of the Fair Credit Reporting Act (FCRA), including the requirement that a CRA generally notify a furnisher when a consumer disputes the accuracy or completeness of an item of information provided by the furnisher to the CRA and promptly provide the furnisher “all relevant information” regarding the dispute. CFPB examiners previously found that some CRAs failed to forward relevant documents submitted by consumers, including cancelled checks, invoices, and correspondence, to furnishers.

While CFPB examiners have seen progress in compliance with dispute handling obligations under the FCRA, recent reviews identified several practices that failed to meet dispute handling obligations. For example, examiners continued to find that one or more CRAs failed to consistently forward all relevant information found in letters and supporting documents supplied by consumers with their disputes.

In recent reviews, examiners found deficiencies in the updating of public record information, leading to errors in the updating of files after a reinvestigation and in the reporting of dispute results to consumers. In light of these findings, examiners directed one or more CRAs to take corrective action, including the development of appropriate training with respect to the notice of dispute and forwarding of relevant information to furnishers in accordance with FCRA requirements. One or more CRAs must also establish necessary policies and procedures to ensure that when, as a result of a reinvestigation, a provider of public record information notifies the CRA that information in the CRA’s system is incorrect or incomplete, the CRA promptly modifies or updates the public record information in its system.

The CFPB report also examined: Deceptive student loan debt collection practices; Unfair and deceptive overdraft practices; Mortgage origination violations; and Fair lending violations. Any questions or comments about this or previous editions of Supervisory Highlights can be directed to [email protected]. The complete report is available at http://files.consumerfinance.gov/f/201503_cfpb_supervisory-highlights-winter-2015.pdf.