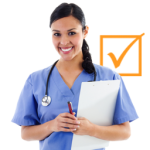 A final rule that took effect on April 13, 2015 amends U.S. Department of Transportation (DOT) regulations to incorporate changes to the Substance Abuse and Mental Health Services Administration’s (SAMHSA) chain of custody and control form (CCF) approved by the Office of Management and Budget (OMB). For more information about this rule – which expands the DOT’s definition of the CCF to include both paper and electronic form – visit: Use of Electronic Chain of Custody and Control Form in DOT-Regulated Drug Testing Programs.

According to an article in the Federal Register, the electronic CCF (eCCF) was approved for use by the OMB and the DOT is bound by statute to follow SAMHSA’s chain of custody and control procedures to include use of an OMB-approved CCF. The CCF is the tool by which agencies and participants in the testing process are assured that the specimen collected during drug testing is that of the tested employee. The DOT developed its drug testing program that followed mandatory guidelines set forth by the Department of Health and Human Services (HHS).

The Federal Workplace Drug Testing Program was established in 1986 and the HHS created a comprehensive set of standards for the drug testing program. These HHS standards included chain of custody procedures designed to ensure the integrity and security of specimens from the time the specimen is collected until the time the drug testing results are reported by the laboratory. The HHS first issued its mandatory guidelines on in 1988 and created the uniform CCF used to identify a specimen and to document its handling at the collection site.

In 1991, Congress passed the Omnibus Transportation Employee Testing Act (OTETA), which directed the DOT to continue to incorporate HHS guidelines into their drug testing program. As a result, the DOT requires its regulated entities to use the CCF developed by HHS and approved by OMB that used to be only available in paper form. On May 28, 2014, the OMB approved use of both a paper CCF and an eCCF under the HHS Mandatory Guidelines. The final rule expands the DOT’s definition of the CCF to include the OMB-approved eCCF.