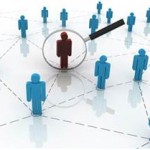 The National Football League (NFL) conducted background checks on all top college players in advance of the 2015 NFL Draft taking place April 30th to May 2nd in Chicago, IL, and every team in the league was given the information uncovered in those screenings, according to an article on NFL.com.

Background checks have become commonplace for the NFL Draft in recent years. The NFL.com article quotes NFL vice president for social responsibility Anna Isaacson from an email she wrote to USA Today that explained a new NFL policy that expanded background checks on college players with violent issues in their past in the wake of recent controversies involving violence with several star NFL players:

In advance of the draft, our security and football operations teams are doing background checks on all prospective players. Unlike in past years, particular emphasis will be on players with issues of violence in their backgrounds. If a player is flagged, he will have an additional check performed and then if warranted, an evaluation will be offered and when needed, counseling recommended. Teams drafting these players will have access to all of this information and will be guided to provide the right types of support if/when drafted.

Isaacson also indicated that players attending the 2015 NFL draft will be required to attend the same educational session on domestic violence and sexual assault that every NFL team and player went through last season. “This is the first time we are mandating this at the draft,” she said.

One of the players who underwent a background check for the 2015 NFL Draft is Florida State quarterback Jameis Winston, a winner of a national championship and Heisman Trophy who is expected to be the first pick of the NFL draft by the Tampa Bay Buccaneers. Winston was accused of a sexual assault in 2012 but no legal charges were brought in the case, according to the NFL.com article.