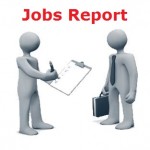 Total nonfarm employment in the United States increased by 223,000 jobs in June while the unemployment rate and the number of unemployed persons declined to 5.3 percent and 8.3 million respectively, according to ‘THE EMPLOYMENT SITUATION — JUNE 2015’ released by the U.S. Department of Labor Bureau of Labor Statistics. The latest jobs report is available at http://www.bls.gov/news.release/pdf/empsit.pdf.

On the negative side, the June jobs report revealed mining employment lost 4,000 jobs in June and has declined by 71,000 jobs since a recent high in December 2014. Employment in other major industries including construction, manufacturing, wholesale trade, information, and government showed little or no change over the month.

The July jobs report is scheduled to be released on August 7, 2015.