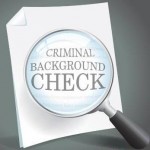 A South Carolina Congressman has introduced the Background Check Completion Act in the U.S. House of Representatives to close a loophole that allowed the purchase of a gun allegedly used to kill nine people at a church in Charleston in June 2015, according to a press release from the office of Assistant Democratic Leader James E. Clyburn (D-SC 6th District).

As reported earlier by ESR News, Federal Bureau of Investigation (FBI) James Comey released a statement admitting that the National Instant Criminal Background Check System (NICS) should have stopped alleged South Carolina church shooter Dylann Roof from purchasing a gun. Roof was arrested on a felony drug charge in March 2015 and admitted he was possession of drugs.

However, Comey stated a mixup in the arresting agency listing delayed the NICS background check. Under current law, licensed gun retailers may proceed with a transaction if a “clear” or “deny” decision is not given by the NICS in three business days. While some retailers do not proceed until given a “clear,” others – such as the one who sold Roof the gun – complete the transaction without a decision from NICS.

“The Background Check Completion Act will guarantee that no gun is sold by a licensed dealer until a background check is completed,” Congressman Clyburn stated in the press release. “Tragically, the Charleston shooter was allowed to purchase a gun even though the FBI had not completed his background check. This should never be acceptable.”

The Background Check Completion Act would close this loophole and only allow gun sales to customers who have been approved through a completed background check. Retailers including Walmart have already voluntarily agreed to make this practice standard. The press release is at https://clyburn.house.gov/press-release/clyburn-announces-introduction-background-check-completion-act.