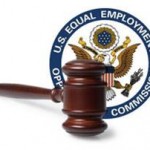 A federal judge has refused to dismiss a lawsuit filed by the Equal Employment Opportunity Commission (EEOC) against BMW Manufacturing Co. claiming the criminal background check policy used by BMW to screen workers is unfair to African-Americans, according to a report from CourthouseNews.com.

CourthouseNews.com reports that Senior U.S. District Judge Henry Herlong Jr. denied BMW’s motion for dismissal of the lawsuit and also the EEOC’s motion for partial summary judgment. BMW officials said in a statement that they were “ready and prepared” for a trial that should begin in late September.

In the complaint filed in the U.S. District Court in South Carolina Spartanburg Division in June 2013, the EEOC alleges that under Title VII of the Civil Rights Act of 1964 BMW “maintains a criminal conviction background check policy that has a disparate impact on black employees and applicants.”

As reported by ESR News in June 2013, the EEOC lawsuit alleges that a U.S. unit of BMW facility in South Carolina used a background check policy that disproportionately screened out African Americans from jobs and was not job related and consistent with business necessity.

An EEOC press release about the lawsuit alleges the BMW policy is “a blanket exclusion without any individualized assessment of the nature and gravity of the crimes, the ages of the convictions, or the nature of the claimants’ respective positions.” This is a violation of Title VII of the Civil Rights Act of 1964.

The EEOC press release states the claimants in the lawsuit against BMW were employees of a company providing logistic services to BMW at the South Carolina facility. When that company ended its contract with BMW, those employees had to re-apply with a new contractor to retain their jobs.

When BMW directed the new contractor to perform new criminal background checks on those employees, several employees were found to have criminal convictions in violation of BMW’s policy and subsequently were terminated and denied rehire, according to an EEOC, according to the EEOC press release.

On April 25, 2012, the EEOC – the agency that enforces federal laws prohibiting employment discrimination – issue updated ‘Enforcement Guidance on the Consideration of Arrest and Conviction Records in Employment Decisions Under Title VII of the Civil Rights Act of 1964’.

Now more than ever employers need to be aware of EEOC Guidance on how to properly use criminal records when hiring. The updated EEOC enforcement guidance regarding employer use of arrest and conviction records is available at http://www.eeoc.gov/laws/guidance/arrest_conviction.cfm.