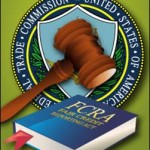 A federal court in Virginia has denied a motion for summary judgment in a class action complaint that claims Wells Fargo Bank violated the Fair Credit Reporting Act (FCRA) when performing background checks on job applicants by coding some as “ineligible” prompting adverse action and including a release of liability in authorization forms.

The plaintiff disputed the report and appealed pursuant to Wells Fargo’s appeal process.  The vendor then generated a revised report that still contained the disputed convictions, and Wells Fargo sent an adverse action notice to the plaintiff advising him that Wells Fargo would not consider him further for the employment position.

The plaintiff claims Wells Fargo violated the FCRA requirement of “a clear and conspicuous” disclosure in a document that consists solely of a disclosure that a background check may be obtained because that documents also contained language releasing the company and others from liability arising from the background check.

The plaintiff also claims that Wells Fargo’s coding of him as “ineligible” in the background check vendor’s system and initiating the adverse action protocol violated the FCRA requirement that the pre-adverse action notice, a copy of the report, and summary of rights be provided to the individual before the adverse action is taken.

In denying the motion for summary judgement, the court found that the plaintiff could assert claims that the initial disclosure was not in a document consisting solely of the disclosure and that the “ineligible” coding was an adverse action under the FCRA. The decision is available at https://www.esrcheck.com/file/Manuel_v_WellsFargo.pdf.

Employment Screening Resources (ESR) reminds readers that any allegations made in class action lawsuits are not proof that a business or background check vendor violated any law, rule, or regulation. For more blogs about FCRA class action lawsuits, visit https://www.esrcheck.com/wordpress/tag/class-action-lawsuits/.