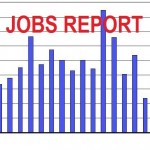 The United States economy added 173,000 jobs in August while the unemployment rate and the number of unemployed persons decreased to 5.1 percent and 8.0 million percent, according to ‘THE EMPLOYMENT SITUATION — AUGUST 2015’ released by the U.S. Department of Labor Bureau of Labor Statistics. The latest jobs report is at http://www.bls.gov/news.release/pdf/empsit.pdf.

The August 2015 jobs report found that employment growth had averaged 247,000 per month over the prior 12 months. Job gains occurred in health care and social assistance, professional and business services, food services and drinking places, and financial activities. Employment in manufacturing and mining declined. Among specific industries:

Employment in other major industries, including construction, wholesale trade, retail trade, transportation and warehousing, and government, showed little change over the month.

The Employment Situation for September is scheduled to be released on October 2, 2015.

A 2012 survey from the Society for Human Resource Management (SHRM) revealed that approximately 70 percent of employers conducted criminal background checks on all of their job candidates. Employment Screening Resources® (ESR) – ‘The Background Check Authority®’ – is a nationwide background check provider accredited by the National Association of Professional Background Screeners (NABPS) that can assist employers in hiring the right candidates for their jobs. For more information about ESR, please call toll free 888.999.4474 or visit http://www.esrcheck.com/sales/.