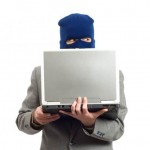 An estimated 17.6 million people in the United States – or about 7 percent of U.S. residents age 16 or older – were victims of at least one incident of identity theft in 2014, according to the report Victims of Identity Theft, 2014 from the Bureau of Justice Statistics (BJS).

The report from the BJS found that the majority of identity theft victims in 2014 – about 86 percent or 16.4 million people – experienced the unauthorized fraudulent misuse or attempted misuse of an existing account information such as credit card or bank account information.

Other key findings of the BJS report Victims of Identity Theft, 2014 include:

The Victims of Identity Theft, 2014 report used data from the 2014 Identity Theft Supplement (ITS) to the National Crime Victimization Survey (NCVS). The complete report written by BJS Statistician Erika Harrell, Ph.D., is available at www.bjs.gov/content/pub/pdf/vit14.pdf.