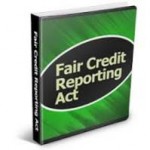 A Pennsylvania federal judge has ruled in a class action lawsuit over background checks that Genesis Healthcare LLC complied with the federal Fair Credit Reporting Act (FCRA) when obtaining the criminal history of a job applicant from a third party background check provider.

U.S. District Judge Mark Kearney found Genesis complied with the FCRA by sending a “pre-adverse” action notice to the plaintiff, Doris Ramos, telling her that a background check found convictions that included a felony conviction for injuring a child before taking adverse action.

The judge also ruled that the health care provider gave Ramos an opportunity to challenge the decision: “All of the evidence confirms Ramos took advantage of the opportunity and Genesis evaluated her challenge, discussed it internally and only then reached a final decision.”

According to the opinion, Ramos was offered a position with Genesis in July 2014. After the pre-adverse notice, she admitted being charged with a felony in 1977 but pleading guilty to a lesser offense. Genesis sent a second letter a week later informing her of the decision not to hire her.

In addition, the judge ruled that the third party background check provider did not violate the FCRA by reporting a criminal conviction more than seven years old, but a jury will decide if the firm violated FCRA §1681e(b) by failing to ensure maximum possible accuracy in its reporting

The case is Doris Ramos v. Genesis Healthcare LLC et al., case number 2:15-cv-00052, in the U.S. District Court for the Eastern District of Pennsylvania. The complete opinion in this case is available at http://www.esrcheck.com/file/Ramos_v_Genesis-Healthcare.pdf.

Originally passed in 1970, the FCRA is a United States federal law that regulates the collection, dissemination, and use of consumer information. A full text of the FCRA 15 U.S.C. § 1681 et seq is available at http://www.esrcheck.com/file/fair-credit-reporting-act.pdf.