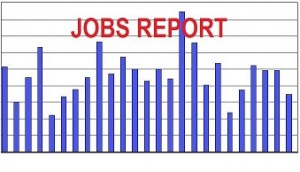 The U.S. economy increased by 211,000 jobs in November 2015 while the unemployment rate and the number of unemployed persons remained unchanged at 5.0 percent and 7.9 million respectively, according to ‘THE EMPLOYMENT SITUATION — NOVEMBER 2015’ jobs report released by the Department of Labor’s (DOL) Bureau of Labor Statistics (BLS).

The report revealed that the unemployment rate and the number of unemployed persons were down by 0.8 percentage point and 1.1 million respectively over the past 12 months. In November, job gains occurred in construction, food services and drinking places, retail trade, professional and technical services, and health care. Among specific industry sectors:

The Employment Situation for December 2015 is scheduled to be released on January 8, 2016. The most recent Employment Situation released by the Department of Labor’s Bureau of Labor Statistics is available at www.bls.gov/news.release/pdf/empsit.pdf. For blogs about past jobs reports, visit www.esrcheck.com/wordpress/tag/jobs-report/.