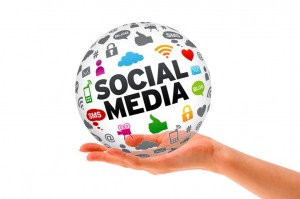 Job seekers who believe the information they post on public social media websites like Facebook and Twitter does not affect their search for employment – for better or worse – should think again. A new survey shows employers are using the Internet and social media more than ever to recruit and screen potential employees, and some are even disqualifying applicants based on their social media content.

The survey released by the Society for Human Resource Management (SHRM) – ‘Using Social Media for Talent Acquisition—Recruitment and Screening’ (PDF) – revealed that more than one-third (36 percent) of organizations rejected a job candidate in the past year because of “concerning information” such as illegal activity or discrepancy with applications found on a public social media profile or online search.

The survey of more than 400 randomly selected HR professionals with SHRM memberships and jobs in employment or recruitment also found that 84 percent of organizations used social media to recruit in 2015, up from 56 percent in 2011. Other key findings from the survey from SHRM, the world’s largest HR membership organization representing more than 275,000 members in 160 countries, include:

The survey also found the most popular social media used to recruit job candidates in 2015 was LinkedIn (96 percent), followed by Facebook (66 percent), Twitter (53 percent), and professional or association social networking sites (35 percent). For using social media to screen job candidates in 2015, LinkedIn was by far the most popular choice of employers (93 percent) followed by Facebook (63 percent).

In a related article ‘HR Weeds Out Applicants Through Public Social Searches’ by SHRM online editor and manager Roy Maurer, Attorney Lester Rosen, founder and CEO of the background check firm Employment Screening Resources® (ESR), said that social media sites hold out the promise of revealing the “real” job applicant unlike traditional hiring tools such as interviews and contacting past employers.

“The problem is that sophisticated job applicants know employers are looking at their online presence, so applicants are increasingly putting up security protection and more importantly, creating marketing pages they are hoping employers will find in order to extoll their own virtue,” said Rosen, author of ‘The Safe Hiring Manual’ and a noted expert on all types of background checks for employment purposes.

“In many ways a social media search of a candidate is like an IQ test—if a candidate is so dense that they say harmful things on a public website where they identify themselves, they are probably not the best candidate. Social media continues to be very valuable to find passive candidates for recruiters, but much less valuable to screen candidates before hiring,” Rosen explained in the SHRM article by Maurer.

But Rosen warns: “All hiring decisions need to be based upon information that is nondiscriminatory and is a valid predictor for job performance. When using the Internet for employment screening, employers could be accused of discrimination by disregarding online profiles of job candidates who are members of protected classes based on prohibited criteria under Title VII of the Civil Rights Act of 1964.”

Rosen also explained the later in the process employers look at social media the more protection they have since they are less likely to be accused of passing over applicants due to discovering something potentially discriminatory about them: “By unveiling the applicant too early, an employer may learn about an applicant’s race, creed, color, nationality, age, marital status, health issues, and so forth.”

The bottom line, said Rosen, is that a definite policy and plan of action is needed when performing social media background checks. “No matter what, employers and recruiters need to ensure they are using documented and objective processes and procedures, keeping metrics—and in no case should the final decision-maker be exposed to raw, unfiltered social media data,” he added.