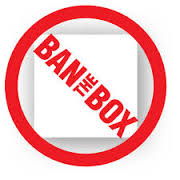 New York State Attorney General Eric T. Schneiderman has announced settlements totaling $195,000 with two major national retailers – Big Lots Stores and Marshalls – over violations of a Ban the Box law that prohibits employers from enquiring about the criminal history of job applicants on initial employment applications at their Buffalo stores, according to a press release on the Attorney General’s website.

“Obtaining meaningful employment is often the most crucial step towards reducing the chances of recidivism among formerly incarcerated persons,” Attorney General Schneiderman stated in the press release about the Ban the Box settlements. “That is why my office is committed to breaking down barriers that impede rehabilitation, especially those that prevent fair access to employment.”

The settlement ensures that Big Lots and Marshalls comply with the City of Buffalo Ban the Box law that prohibits employers from inquiring into criminal history on initial employment applications. The Attorney General’s investigation found both companies had distributed applications for employment that made inquiries into the criminal history of prospective applicants at their Buffalo stores.

In addition to satisfying the requirements of the local Ban the Box ordinance, Big Lots and Marshalls took the additional step of removing such inquiries from applications to their combined 139 stores in New York State. Along with new policies, training, and reporting to the Attorney General’s Office, Big Lots agreed to pay a monetary penalty of $100,000, while Marshalls will pay a penalty of $95,000.

Ban the Box laws prohibit employers from inquiring into the criminal history of applicants on initial employment applications and eliminate the possibility of job candidates being automatically disqualified from further consideration based on a prior criminal history. The Buffalo Ban the Box law allows employers to make inquiries later on in the hiring process when they interview a prospective applicant.

As reported earlier by ESR News, the Common Council in Buffalo, New York voted to Ban the Box in May of 2013 to make it illegal for employers in the city to ask job seekers if they have been convicted of crimes. The Buffalo Ban the Box law took effect on January 1, 2014, and the legislation applies to both public and private employers with 15 or more employees with a few exceptions.

“We have long advised employers to adopt the a Ban the Box approach since, among other things, the practical mechanics involved for employers who operate in more than one jurisdiction can be very challenging,” says Attorney Lester Rosen, founder and CEO of Employment Screening Resources® (ESR), a nationwide background check firm located in the San Francisco, California area.

“National employers in particular would need to closely monitor which application form is used where, and with more and more jurisdictions adopting Ban the Box, it becomes even harder to stay on top of it,” explains Rosen, author of ‘The Safe Hiring Manual.’ “This settlement demonstrates the advantage to employers in having a national form that utilizes Ban the Box.”

Rosen also says that, in reality, employers are realizing that asking about criminal records too early in the process really has no practical advantage. Most employers use some sort of progressive screening to narrow down the applicant pool looking for qualified applicants to interview.  So Ban the Box can help employers find applicants with the proper knowledge, skills, and ability for the job in question.

“Using a criminal record as an early knockout punch does not really help employers accomplish that compared to the downsides of potential litigation and the fact it could cost them perfectly qualified applicants,” Rosen explains. “There is really nothing to be gained by asking about a criminal record at the beginning of the process, since employers have the right do background checks on finalists.”

However, Rosen believes these kinds of penalties may not be all good news from the point of view of the Ban the Box movement: “As criminal records become increasing regulated, employers may find alternative ways to mitigate risk by only considering applicants with an uninterrupted job history on the theory that people who are gainfully employed are less likely they have a serious criminal record.”

Rosen also says over regulating criminal records may result in ex-offenders and the unemployed being at even a bigger disadvantage in finding a job. “At the end of the day, additional solutions are needed to help give ex-offenders a second chance instead of just focusing on employers. Things such as criminal justice reform, job training, and legal protection for employers for example are also needed,” he adds.

Rosen has also written a whitepaper – ‘Ten Critical Steps for Ex-Offenders to Get Back into the Workforce’ – to help job applicants with criminal records avoid the frustrating “Catch 22” situation where they risk not finding employment if they lie or tell the truth about their pasts. The complimentary whitepaper is at http://www.esrcheck.com/Whitepapers/Ten-Steps-for-Ex-Offenders-to-Get-Back-in-Workforce/.