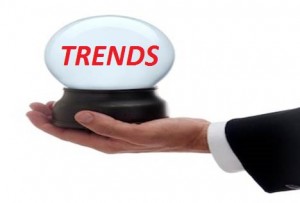 Employers who regularly conduct background checks on job applicants should be aware of several background check trends to remain in compliance in 2016, as government oversight, a sharp rise in class action lawsuits, and the threat of data breaches impact background check practices, according to an article on the Society for Human Resource Management (SHRM) website.

In the article ‘Know Before You Hire: 2016 Employment Screening Trends’ by SHRM online editor and manager Roy Maurer, Attorney Lester Rosen, founder and CEO of Employment Screening Resources® (ESR), explains background checks are in the spotlight either “because people think they are not extensive enough or, conversely, that they go overboard and are unfair to ex-offenders.”

Rosen, author of ‘The Safe Hiring Manual’ (Facts on Demand Press, 2012), the first comprehensive guide to background checks and a frequent speaker on due diligence issues, adds: “However, what everyone agrees about is the need for accuracy, and the government agencies are now squarely focused on accuracy issues.” Keys to the debate are ‘false positives’ and ‘false negatives,’ says Rosen.

Rosen explains that a “false positive” is a misreported criminal record based on a database search or a name match where there are not sufficient indicators that the record is associated with the subject of the background check, or where a record has been expunged and should not have been reported. A “false negative” is a missed criminal record that should have been reported, according to SHRM article.

Another trend in 2016 will be an increase in class action lawsuits claiming noncompliance with the Fair Credit Reporting Act (FCRA) that requires screening firms to utilize “reasonable procedures to obtain maximum possible accuracy.” Most FCRA class action lawsuits against employers are over alleged violations that could have easily been avoided by a review of forms and processes, Rosen says.

“Lawsuits can include highly technical claims, even where there is no indication that anyone has actually been harmed, which means that legal compliance has become one of the most critical parts of background check services,” Rosen explains. In 2015, BMW, Calvin Klein, Chuck E. Cheese, Food Lion, Home Depot and Whole Foods paid settlements ranging from $716,400 to $3 million in FCRA lawsuits.

Another trend in 2016 will be the growing “Ban the Box” movement where more cities, counties, states, and even the federal government will pass legislation that removes questions about criminal history of applicants from job applications and delaying such inquiries until later in the hiring process. Currently, more than 100 U.S. cities and counties and 18 states have passed Ban the Box laws.

“In many ways a social media search of a candidate is like an IQ test—if a candidate is so dense that they say harmful things on a public website where they identify themselves, they are probably not the best candidate. Social media continues to be very valuable to find passive candidates for recruiters, but much less valuable to screen candidates before hiring,” Rosen said in another article by Maurer on SHRM.

But Rosen warned: “All hiring decisions need to be based upon information that is nondiscriminatory and is a valid predictor for job performance. When using the Internet for employment screening, employers could be accused of discrimination by disregarding online profiles of job candidates who are members of protected classes based on prohibited criteria under Title VII of the Civil Rights Act of 1964.”

Applicant tracking system (ATS) operators will also review and modify integrations with background screening partners in 2016. As Rosen explains in the SHRM article, the dramatic growth of class-action lawsuits and the rise of data breaches have made ATS operators rethink their responsibility for housing background screening data due to the liability of a hacker accessing private information.

“Employers and HR professionals are getting an understanding that they are better served where the ATS and the screening firm have a tight integration and close relationship as opposed to using systems that just exchange data with anyone and do not account for the many complexities and legal issues involved in hiring,” said Rosen, who selects the ESR Top Ten Background Check Trends every year.