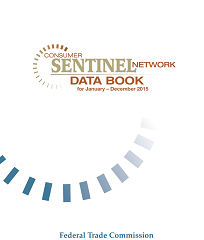 Debt collection, identity theft, and imposter scams were the most common categories of consumer complaints received by the Federal Trade Commission (FTC) in 2015, according to the FTC’s Consumer Sentinel Network Data Book for January – December 2015 (PDF).

“We recognize that identity theft and unlawful debt collection practices continue to cause significant harm to many consumers,” Jessica Rich, Director of the FTC’s Bureau of Consumer Protection, stated in an FTC press release about the agency’s annual data book.

“Steps like the recent upgrade to IdentityTheft.gov and our leadership of a nationwide initiative to combat unlawful debt collection practices are critical to our ongoing work to protect consumers from these harms,” said FTC Director of Bureau of Consumer Protection Rich.

The FTC Consumer Sentinel Network online database is available to more than 2,000 civil and criminal law enforcement agencies in the U.S. and abroad. The FTC data book is available at https://www.ftc.gov/reports/consumer-sentinel-network-data-book-january-december-2015.