Company to Pay $3.1 Million for Illegally Offshoring Personal Data and Risking Privacy of Millions of Americans 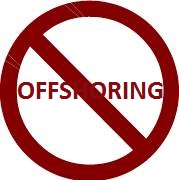 A New York-based company awarded a contract by the state to digitize files holding fingerprint records and personal information collected from 22 million people has agreed to pay $3.1 million in penalties and fees for unlawfully outsourcing and “offshoring” the work overseas to India and risking the privacy of millions of people, according to a report from The New York Times.

The Times reports that Focused Technologies Imaging Services (FTIS) was awarded a $3.45 million contract from New York State in 2008 that required the employees responsible for scanning State Division of Criminal Justice Services records that included fingerprints, Social Security numbers (SSNs), and dates of birth to pass background checks and protect the security of the documents.

The Times reports that the contract required that the majority of the work be done by people with disabilities. However, FTIS outsourced and offshored more than a third of the contract to an Indian company for $82,000 which processed records and risked the privacy of over 16 million people. FTIS will also submit to more oversight for the next five years as part of the agreement.

“If you are a government contractor and you illegally ship jobs overseas, you will be held accountable,” New York State Attorney General Eric T. Schneiderman said in a statement, which explained the outsourcing and offshoring was illegal because FTIS was required to perform work in New York but unlawfully sent personal information to an unauthorized foreign business.

The statement also indicated this settlement was a first-of-its-kind agreement obtained by Attorney General Schneiderman concerning a government contractor illegally offshoring and shipping jobs overseas. Under the agreement, FTIS admitted to violating the New York False Claims Act by illegally outsourcing and offshoring the contracted work to India.

“Offshoring” is the practice of U.S. companies sending Personally Identifiable Information (PII) of Americans overseas to foreign countries with cheaper labor costs for processing. Offshoring can have negative effects since PII sent offshore is beyond the protections of U.S. privacy laws and American victims of foreign identity theft cannot expect help from foreign Police Departments.

Some states are addressing the problem of offshoring. A California law that took effect in 2012 – Senate Bill 909 (SB 909) – was one of the first in the nation to address the growing concerns over the controversial practice of offshoring PII collected during background checks of job applicants and sending that data offshore and beyond the protection of U.S. privacy and identity theft laws.

California SB 909 does not prohibit or regulate offshoring, but amends the Investigative Consumer Reporting Agencies Act (ICRAA) that regulates background checks in California to require that background check firms doing business in the state disclose in their privacy policies as to whether or not a consumer’s PII used for employment background checks will be sent outside the country.

Employment Screening Resources® (ESR), a founding member of Concerned CRAs, offers a whitepaper entitled ‘The Dangers of Offshoring Personally Identifiable Information (PII) Outside of United States’ to alert U.S. employers about the hazards of offshoring. The complimentary ESR whitepaper is available at www.esrcheck.com/Whitepapers/Dangers-of-Offshoring-PII/.

Employment Screening Resources® (ESR) is against the offshoring of personal information outside of the United States and all processing of domestic background checks is performed exclusively in the U.S. ESR also undergoes yearly SOC 2® audits to protect the privacy, security, and confidentiality of consumer data. To learn more about ESR, please visit www.esrcheck.com.