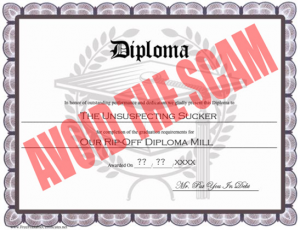 Federal agents have arrested twenty-one recruiters and employers from across the United States for allegedly conspiring with more than 1,000 foreign nationals to fraudulently maintain student visas and obtain foreign worker visas through a “pay to stay” scam uncovered by a fake diploma mill created by the government called the University of Northern New Jersey (UNNJ), according a press release from the Department of Justice U.S. Attorney’s Office District of New Jersey.

“‘Pay to Stay’ schemes not only damage our perception of legitimate student and foreign worker visa programs, they also pose a very real threat to national security,” New Jersey U.S. Attorney Paul J. Fishman stated in the press release, which described how recruiting companies and business entities allegedly enabled approximately 1,076 foreign individuals to fraudulently maintain nonimmigrant status in the U.S. on the false pretense that they participated in full courses of study at the UNNJ.

The defendants were arrested in by special agents with U.S. Immigration and Customs Enforcement (ICE), Homeland Security Investigations (HSI) and charged with conspiracy to commit visa fraud, conspiracy to harbor aliens for profit, and other offenses. Unbeknownst to the defendants and the foreign nationals they conspired with in the alleged visa scam, the fake diploma mill used in the sting operation, UNNJ, was created by HSI federal agents in September 2013.

Through the UNNJ, undercover HSI agents investigated criminal activities associated with the Student and Exchange Visitor Program (SEVP) that included student visa fraud and the harboring of aliens for profit.  As a fake diploma mill, the UNNJ was not staffed with instructors or educators, had no curriculum, conducted no actual classes or education activities, and operated solely as a storefront location with small offices staffed by federal agents posing as school administrators.

While the fake diploma mill UNNJ served a legitimate purpose, “real” diploma mills are a big problem worldwide. A 2011 report from Verifile Accredibase defined diploma mills as “mostly online entities that offer substandard or bogus degrees in exchange for payment and not much else.” These degrees are often only based on life experience and little actual work. The report also found that the United States held “the dubious title of most popular location for diploma mill providers.”

Diploma mills that sell worthless degrees without requiring true academic achievement are highly profitable and rake in an estimated $200 million annually, according to an infographic from College Choice, an independent online publication dedicated to helping students and their families find the right college. The warning signs of a diploma mill include: cold calls and spam, no studies or exams, admission based on having credit cards, and instant degrees exchanged for money.

To combat diploma mill growth in the U.S., schools are accredited by private organizations recognized as legitimate accreditors by the Council for Higher Education Accreditation (CHEA) and the U.S. Department of Education (ED). CHEA created a Database of Institutions and Programs Accredited by Recognized United States Accrediting Organizations. ED’s Office of Post-Secondary Education (OPE) provides a Database of Accredited Postsecondary Institutions and Programs.

U.S. businesses also need to be able to spot a diploma mill. “Diploma mills create a danger to employers since educational achievements tell a great deal about a job applicant’s ability, qualifications, and motivation,” explains Attorney Lester Rosen, founder and CEO of Employment Screening Resources® (ESR) and author of ‘The Safe Hiring Manual.’ Rosen also wrote an article about education verifications to explain how employers can avoid being tricked by a diploma mill.