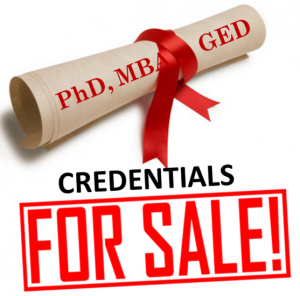 An independent investigation by the Washington Interscholastic Activities Association (WIAA) and the Bellevue School District claims a Seattle-area high school football team used ineligible players, falsified addresses, and let players who could not qualify academically to play sports take classes at an alleged “diploma mill” with their tuition paid by boosters, according to a report from Courthouse News Service.

Courthouse News Service reports that investigative stories from The Seattle Times in 2015 found that 17 Bellevue High football players attended a private school named Academic Institute that some former teachers called a diploma mill. Students attending a private school with no football team can play for a public school football team in their home district under WIAA rules. Bellevue is Seattle’s largest suburb with a population of 125,000.

The WIAA investigation found that coaches allegedly told players to attend the so-called diploma mill using false addresses to gain eligibility, boosters paid for their tuition, and coaches coordinated tuition payments for players. Penalties for these alleged violations could include probation and/or forfeiture of the 11 state championships that Bellevue High has won since 2001, Courthouse News Service reports.

Diploma mill providers that sell worthless degrees without requiring academic achievement are very profitable and make an estimated $200 million annually, according to information from College Choice, an independent online publication dedicated to helping students find the right college. The warning signs of a diploma mill include cold calls, spam, no exams, and instant degrees for money.

“A diploma mill creates a danger to employers since educational achievements tell a great deal about a job applicant’s ability, qualifications, and motivation,” explains Attorney Lester Rosen, founder and CEO of Employment Screening Resources® (ESR) and author of ‘The Safe Hiring Manual.’ Rosen also wrote an article about education verifications to explain how employers can avoid being tricked by a diploma mill.