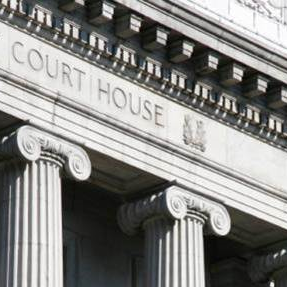 A San Francisco federal judge has ruled that two women may continue their lawsuit against Uber Technologies, Inc. for two alleged sexual assaults committed by Uber drivers even though the transportation network company claims they are not liable for the actions of drivers since they are independent contractors and not employees, according to a report on SiliconBeat.com.

“It may be that facts will ultimately be revealed that disprove plaintiffs’ allegations or that tilt the scales toward a finding that Uber drivers are independent contractors,” U.S. District Court Judge Susan Illston wrote in the ruling. “However, taking the allegations in the amended complaint as true, plaintiffs have alleged sufficient facts that an employment relationship may plausibly exist.”

SiliconBeat.com reports the Plaintiffs in the case – known as “Jane Doe 1” and “Jane Doe 2” – claim Uber drivers allegedly sexually assaulted them in 2015 in two separate incidents in Boston, Massachusetts and Charleston, South Carolina. The lawsuit against Uber claims assault, battery, false imprisonment, and negligent hiring. The ruling allows the case to proceed toward trial.

According to the ruling: “Individuals download Uber’s smartphone application and then use the “App” to make a transportation request. They are then matched with an Uber driver who picks them up and drives them to a destination. App users must pay for the ride through the App with a credit card. Uber pays the driver a share of the fare collected, and retains the remainder.”

Uber was also in the headlines in April 2016 when they agreed pay at least $10 million to settle lawsuits filed by district attorneys in San Francisco and Los Angeles that claimed the company misled passengers about the quality of driver background checks, a figure that could rise to $25 million if Uber does not fully comply with terms of the settlements, as reported by ESR News.

ESR News also reported that Uber driver background checks came under scrutiny in February 2016 after the shooting deaths of six people in Kalamazoo, Michigan where the alleged gunman supposedly worked as an Uber driver during the killing spree, and also raised questions about safety in the “gig economy” where strangers use Apps to provide services for others.

In an opinion piece ‘Vetting drivers in the age of Uber’ posted on CNN.com, Employment Screening Resources® (ESR) president and chief compliance officer Brad Landin stated that although the background check for the shooter suspect, Jason Brian Dalton, revealed no criminal record, the incident “has placed public attention squarely on the issue of the background checks performed on Uber drivers.”