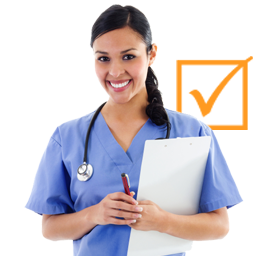 On May 12, 2016, the Occupational Safety and Health Administration (OSHA) issued a Final Rule in the Federal Register requiring certain employers to electronically submit injury and illness data to OSHA that they must keep under existing OSHA regulations. The rule also states that “OSHA believes the evidence in the rulemaking record shows that blanket post-injury drug testing policies deter proper reporting.”

Under the “Improve Tracking of Workplace Injuries and Illnesses” rule, OSHA will post the data from these submissions on a publicly accessible Web site but will not post any information on the Web site that could be used to identify individual employees. Commenters also stated policies mandating automatic post-injury drug testing as a form of adverse action that can discourage reporting:

Although drug testing of employees may be a reasonable workplace policy in some situations, it is often perceived as an invasion of privacy, so if an injury or illness is very unlikely to have been caused by employee drug use, or if the method of drug testing does not identify impairment but only use at some time in the recent past, requiring the employee to be drug tested may inappropriately deter reporting.

The rule stated that the U.S. House of Representatives Committee on Education and Labor recognized that “to intimidate workers, employers may require that workers are tested for drugs or alcohol [after every incident or injury], irrespective of any potential role of drug intoxication in the incident” and cited a study where one-third of Las Vegas hotel workers reporting work-related pain underwent drug testing.

The OSHA rule suggests: To strike the appropriate balance here, drug testing policies should limit post-incident testing to situations in which employee drug use is likely to have contributed to the incident, and for which the drug test can accurately identify impairment caused by drug use. The rule is available at: https://www.federalregister.gov/articles/2016/05/12/2016-10443/improve-tracking-of-workplace-injuries-and-illnesses.