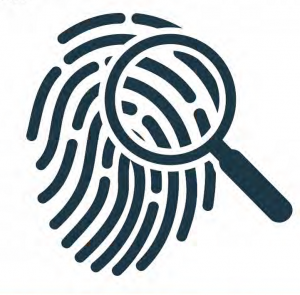 The use of the Federal Bureau of Investigation (FBI) database and state criminal history repositories that require fingerprinting “are now a central theme of the regulatory battle” for regulation of drivers for the on-demand ride-hailing service provider Uber, according to a blog on The Huffington Post website.

Written by National Employment Law Project (NELP) Program Director Maurice Emsellem, ‘The Pros And Cons Of Fingerprinting Uber Drivers’ explains that “fingerprinting” refers to background checks that require a person’s fingerprint “to access either a state criminal history repository or the FBI database.”

Emsellem describes how the specter of fingerprinting has caused Uber and other similar companies to leave certain markets: Indeed, Uber and Lyft recently chose to abandon the Austin, Texas market rather than comply with local laws requiring taxi drivers to undergo fingerprint-based background checks.

Uber’s fight against fingerprinting is also noted: And in New Jersey and Chicago, where similar measures are now being actively debated, Uber retained former U.S. Attorney General Eric Holder to lobby against the bills by challenging the accuracy and fairness of fingerprint-based FBI background checks.

Emsellem breaks downs the arguments for and against fingerprinting. “State and local lawmakers advocating for fingerprint background checks of on-demand drivers are concerned for the safety and security of consumers, which they argue is better protected by accessing the national FBI database.”

On the other hand, Uber believes the FBI database “contains incomplete information (mostly state arrests that have not be updated to reflect the disposition of the case), which discriminates against people of color who are more often arrested for crimes that never lead to a conviction.”

Emsellem writes that NELP – which released a report in 2013 entitled ‘Wanted: Accurate FBI Background Checks for Employment’ that estimated 1.8 million workers a year were subjected to FBI fingerprinting background checks containing “faulty or incomplete information” – has concerns with both approaches:

Most importantly, while we strongly agree that the FBI database has serious limitations, Uber’s position advocating for the rights of workers with records rings hollow unless it can demonstrate, with hard data (e.g., internal audits), that its commercial background checks are more accurate than the FBI’s records.

Emsellem concludes that “both sides should be actively supporting bi-partisan legislation now pending in Congress to clean up the FBI background checks for employment.” To read the complete blog, visit www.huffingtonpost.com/maurice-emsellem/fingerprinting-uber-drivers_b_10972428.html.

Attorney Lester Rosen, Founder and CEO of background check firm Employment Screening Resources® (ESR), warned of the same issues regarding information in FBI fingerprinting databases back in 2007 in the first edition of his book ‘The Safe Hiring Manual,’ which was later updated for a second edition in 2012.

Rosen wrote that the National Crime Information Center (NCIC) – the formal name for the automated database of criminal justice records maintained by the FBI – “is not nearly as complete as portrayed in the movies” and that “the information the NCIC does have is predominantly arrest-related.”