SUNY to Ban the Box for Criminal Convictions on Student Applications 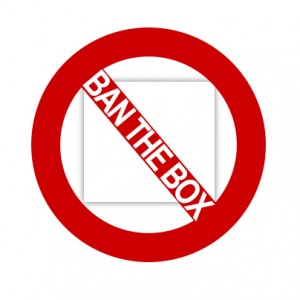 The State University of New York (SUNY) – a system of public institutions of higher education in New York state – has voted to pass a Ban the Box resolution to adopt a policy that will eliminate questions about criminal records on applications filled out by students wishing to attend any of the SUNY schools in New York, according to a memorandum to Members of the SUNY Board of Trustees. The effective date of the SUNY Ban the Box policy will be July 1, 2017.

The Ban the Box Resolution passed Policy 3300, “Admission of Persons with Prior Felony Convictions” that “prohibits University-wide and individual SUNY campus admission applications from making pre-admission inquiry into an applicant’s prior criminal history, and requires post-admission inquiry into prior felony convictions for only those students seeking participation in campus housing, clinical and field experiences, internships and study abroad programs.”

Since New York State (NYS) Corrections Law [sections 750, 752 and 753] forbids discrimination against individuals previously convicted of criminal offenses, the Ban the Box policy will require each SUNY campus to evaluate the relevance of an individual’s previous felony convictions to the activities/services requested consistent with the legal standards articulated in the NYS Corrections Law. To facilitate this evaluation, each SUNY “campus committee” shall request:

The SUNY Ban the Box resolution also cited a report by the Center for Community Alternatives entitled “Boxed Out: Criminal History Screening and College Application Attrition” that found approximately 62.5 percent of candidates asked to disclose prior felony convictions on SUNY admissions applications did not complete the application process, and that SUNY’s existing policy requiring pre-admission inquiry into prior felony convictions had a negative impact on applicants of color.

In September 2015, SUNY established a Ban the Box Workgroup comprised of campus and System Administration representatives to evaluate SUNY’s policy of inquiring into prior felony convictions on admission applications. The Workgroup examined this Ban the Box issue for almost a year before recommending the amendment of Policy 3300 to eliminate the current requirement that SUNY applicants disclose prior felony convictions on admission applications.

The so called “Ban the Box”  movement seeks to remove the box from job applications that applicants are asked to check if they need to answer “Yes” to the question asking if they have past criminal records. By delaying this criminal history question until later in the hiring process, sometimes after a job offers is made, Ban the Box supporters hope that reformed ex-offenders can be judged first on their knowledge, skills, abilities, and qualifications to do the job.

According to the National Employment Law Project (NELP), more than 100 cities and counties as well as 24 states have adopted Ban the Box policies to delay the criminal history question until later in the hiring process in order to help the estimated 70 million people in the United States with a prior arrest or conviction record have a fair chance at employment. Learn more about Ban the Box at www.nelp.org/campaign/ensuring-fair-chance-to-work/.

Employment Screening Resources® (ESR) is a global background check firm and a strategic choice for businesses who want to make information hiring decisions using accurate and actionable information. ESR offers the Ban the Box Page with links to news about Ban the Box legislation in states, cities and counties, and resources to help employers better understand the Ban the Box movement. The ESR Ban the Box Page is available at www.esrcheck.com/Ban-the-Box/.