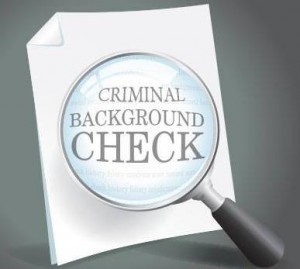 California Governor Jerry Brown has signed legislation that will take effect January 1, 2017 – Assembly Bill (AB 1289) – and require Transportation Network Companies (TNCs) such as Uber and Lyft to conduct stricter background checks on their drivers or else face a fine up to $5,000 for each violation of the law.

Introduced by Assemblymen Jim Cooper (D-Elk Grove), AB 1289 will prohibit TNCs from employing drivers who are registered sex offenders, convicted of terrorism-related or violent felonies, or have been convicted of assault or battery, domestic violence, or driving under the influence in the past seven years.

Under the new law – which would add Section 5445.2 to the Public Utilities Code, relating to transportation – TNCs will be required to conduct (or have a third party conduct) local and national criminal background checks for every potential driver that include both of the following:

A violation of the new background checks law would be subject to a fine of not less than $1,000 and not more than $5,000 or by imprisonment in a county jail for not more than 3 months, or by both that fine and imprisonment. The full text of the bill is available here: California Assembly Bill 1289 (AB 1289).

In April 2016, Uber agreed pay at least $10 million to settle lawsuits filed by district attorneys in San Francisco and Los Angeles that claimed the company misled passengers about the quality of driver background checks and that figure could rise to $25 million if Uber does not fully comply with terms.

The NAPBS comments noted differences between named-based background checks and fingerprint-based screening that “may not always provide a full picture of an individual’s criminal history and in fact were not intended to be used as a background screening tool for employment-related purposes.”

The NAPBS recommended to the CPUC “that any regulations concerning background screening requirements allow TNCs to use third-party screening services who have the ability to search multiple national, state, and local databases, rather than prescribing a scope of specific databases.”

Employment Screening Resources® (ESR) president and chief compliance officer Brad Landin wrote an opinion piece for CNN.com – ‘Vetting drivers in the age of Uber’ – that cautioned against solely using private databases for background checks since they “should not be relied upon as a standalone search.”

Landin wrote that private sector databases used solely for background checks are “incomplete and subject to both false negatives (meaning a criminal record is missed) and false positives (meaning the record is about the wrong person or that, by law, the criminal matter should not have been reported).”

He recommended employers should instead use “primary source courthouse records where a person has lived, worked, or studied for at least the past seven years” and suggested they “utilize a series of overlapping tools to exercise proper due diligence” when conducting background checks.

Employment Screening Resources® (ESR) is a global screening company that is accredited by the National Association of Professional Background Screeners (NAPBS) and undergoes annual SOC 2® audits to ensure the security of information used for background checks. To learn more, visit www.esrcheck.com.