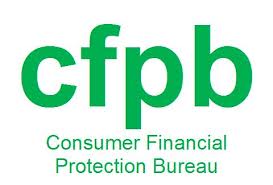 The U.S. Court of Appeals for the District of Columbia Circuit has ruled the structure of an independent agency established by Congress in the Dodd-Frank Act of 2010 – the Consumer Financial Protection Bureau (CFPB) – is unconstitutional and that the current CFPB Director “enjoys more unilateral authority than any other officer in any of the three branches of the U.S. Government, other than the President.”

In the 110 page opinion, the three-judge panel ruled in the case of PHH CORPORATION, ET AL., v. CONSUMER FINANCIAL PROTECTION BUREAU that the CFPB “will continue to operate and to perform its many duties, but will do so as an executive agency akin to other executive agencies headed by a single person, such as the Department of Justice and the Department of the Treasury.”

In finding the CFPB’s structure to be unconstitutional, the court took specific issue with the “massive power lodged in one person” – current CFPB Director Richard Cordray – who is not supervised by the President or other directors. “Because the Director alone heads the agency without Presidential supervision, and in light of the CFPB’s broad authority over the U.S. economy,” the judgement stated:

This case arose when PHH Corporation – a mortgage lender subjected to a CFPB enforcement action that resulted in a $109 million penalty – sought to vacate the order by arguing that the CFPB’s status as an independent agency headed by a single Director violated Article II of the Constitution, which establishes the executive branch of the federal government to carry out and enforce federal laws.

In the absence of Presidential control, the multi-member structure of independent agencies acts as a critical substitute check on the excesses of any individual independent agency head – a check that helps to prevent arbitrary decisionmaking and abuse of power, and thereby to protect individual liberty. But this new agency, the CFPB, lacks that critical check and structural constitutional protection.

The court also rejected the $109 million penalty levied by the CFPB against PHH Corporation for alleged violations of the Real Estate Settlement Procedures Act (RESPA). The full text of the Opinion in the case of PHH CORPORATION, ET AL., v. CONSUMER FINANCIAL PROTECTION BUREAU is available at http://www.esrcheck.com/file/PHH-Corp-v-CFPB-Case-15-1177-Opinion.pdf.

Created in the wake of the great financial crisis in the fall of 2008, President Obama signed the Dodd-Frank Wall Street Reform and Consumer Protection Act into law in 2010. The Act authorized the creation of the CFPB which has the authority to take action against institutions or individuals engaging in unfair, deceptive, or abusive acts or practices or violating federal consumer financial laws.

The likelihood of government oversight and enforcement of accuracy in the background check industry to increase was the number one trend selected by Employment Screening Resources® (ESR) founder and CEO Attorney Lester Rosen for the 9th annual ESR Top Ten Background Check Trends for 2016, a list selected every year that features emerging and influential trends for employment background checks.

“Issues relating to background checks have become something clearly in the public eye, either because people think they are not extensive enough or conversely that they go overboard and are unfair to ex-offenders,” says Rosen, author of ‘The Safe Hiring Manual.’ “However, what everyone agrees about is the need for accuracy and the government agencies are now squarely focused on accuracy issues.”

Under a federal law called the Fair Credit Reporting Act (FCRA), a background check firm “shall follow reasonable procedures to assure maximum possible accuracy of the information concerning the individual” in their consumer reports. If a background check company fails to do this, they could find themselves in non-compliance with the FCRA and other governmental institutions, Rosen says.

Employment Screening Resources® (ESR), a leading global background check firm, follows industry leading standards from the National Association of Professional Background Screeners (NAPBS®) to ensure the accuracy of the information included in background checks as required by the CFPB and FCRA. For more ESR News Blogs about the CFPB, visit http://www.esrcheck.com/wordpress/tag/cfpb/.