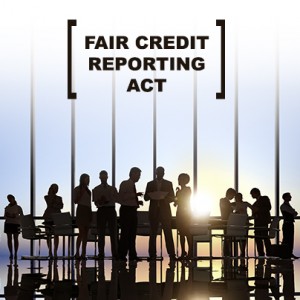 The plaintiff in the lawsuit – Michael Nokchan, a Lyft driver in California – claimed Lyft failed to comply with the FCRA and state laws because the document he signed to give Lyft consent for a background check did not provide disclosures in a separate “stand-alone” document and that he was also not notified his right to receive a summary of his legal rights under the FCRA.

In the Order Granting Motion to Dismiss, Chief Magistrate Judge Joseph C. Spero agreed with Lyft’s assertion that Nokchan lacked standing under Article III of the U.S. Constitution, citing the Supreme Court decision in Spokeo, Inc. v. Robins in May of 2016, which found consumers must prove “concrete injury” in class action lawsuits for alleged “bare” violations of a federal statute.

Judge Spero wrote in the Order: Under Spokeo, a plaintiff who seeks to assert a claim under the FCRA is required to allege facts showing a concrete injury. While procedural violations that have resulted in real harm – or even a risk of real harm – may be sufficient to meet this requirement, Plaintiff in this case has alleged no such injury.

Judge Spero also wrote that the plaintiff “has not alleged he suffered any real harm as a result of the fact that he did not receive required disclosures in a separate document or that he did not receive a summary of his rights under the FCRA.” The plaintiff also has not claimed “he was confused about his rights” or “that he was harmed by the background check in any way.”

Judge Spero continued: Rather, based on the allegations in the complaint, Nokchan was hired by Lyft after he successfully completed its background investigation and he continues to work for Lyft. Under these circumstances, the Court can find no real harm, or a threat of such harm, that gives Nokchan standing under Article III to pursue his claims in federal court.

The Court concluded that – under Spokeo – the plaintiff failed to establish he met Article III’s injury-in-fact requirement. The Order Granting Motion to Dismiss in NOKCHAN, v. LYFT, INC., Case No. 15-cv-03008-JCS, United States District Court Northern District of California, is at www.esrcheck.com/file/Nokchan-v-Lyft_Order-Granting-Motion-to-Dismiss.pdf.

As reported by ESR News, the Supreme Court ruled in the Spokeo case that consumers must prove “concrete injury” in class action lawsuits for alleged “bare” violations of a federal statute, sending the case back to the Ninth Circuit Court of Appeals stating its Article III standing analysis in a February 2014 decision to reverse a dismissal of the case was incomplete.

In a 6-2 vote and with an opinion delivered by Justice Samuel Alito, the Supreme Court stated that “Article III standing requires a concrete injury even in the context of a statutory violation. For that reason, Robins could not, for example, allege a bare procedural violation, divorced from any concrete harm, and satisfy the injury-in-fact requirement of Article III.”

Common Ways Prospective or Current Employees Sue Employers Under the FCRA is a response to the rising trend of lawsuits filed against employers for alleged violations of the federal FCRA that controls background checks in the United States. Download at www.esrcheck.com/Whitepapers/Ways-Employees-Sue-Employers-Under-FCRA/.

Common Ways Consumer Reporting Agencies are Sued Under the FCRA describes eighteen practices that can give rise to FCRA lawsuits against CRAs that employers must keep in mind when choosing a CRA to help them navigate this legally-sensitive area. Download at www.esrcheck.com/Whitepapers/Ways-CRAs-Sued-Under-FCRA/.