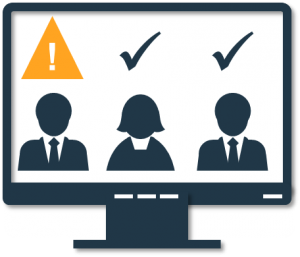 Two in five employers – 40 percent – plan to hire full-time permanent employees over the next 12 months while three in 10 employees expect to hire part-time permanent staff, making the hiring outlook for 2017 the best the U.S. has seen in a decade, according to CareerBuilder’s annual job forecast.

The job forecast found the number of employers planning to hire full-time permanent staff increased from 36 percent in 2016 to 40 percent in 2017. Employers in information technology were the most likely to say they were hiring new employees at 56 percent, a 12 percentage point gain over 2016.

In terms of part-time employment, the job forecast found that 30 percent of employers expect to increase their number of part-time permanent employees in 2017, up from 26 percent last year. Among key trends shaping the job seeker experience in the coming year are the following five issues:

“Three in four employers reported that they are in a better financial position than they were a year ago, which is instilling more confidence in adding people to their payrolls,” Matt Ferguson, CEO of CareerBuilder and co-author of ‘The Talent Equation,’ stated in a press release about the job forecast.

The national survey of 2,391 hiring managers and human resources professionals from across industries and company sizes was conducted online by Harris Poll on behalf of CareerBuilder from November 16 to December 6, 2016. An infographic of the annual job forecast is at https://cb.com/JobForecast2017.

An employer can be sued for “negligent hiring” on the basis that they hired a worker that they either knew – or in the exercise of reasonable care should have known – was too dangerous, unqualified, unfit, or dishonest for the job and it was reasonably foreseeable that some of harm could occur.