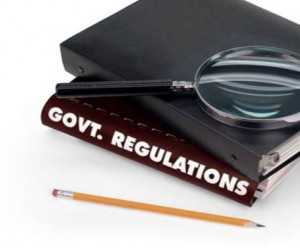 In February of 2017, nearly a dozen former employees of Wells Fargo bank filed a lawsuit in a South Dakota District federal court that claimed they were fired from their jobs for minor criminal charges already disclosed when they were originally hired after Wells Fargo conducted background checks on them to comply with a 2008 federal law that bars “banks and mortgage lenders from employing people convicted of crimes involving dishonesty,” according to a report from Argus Leader Media.

Argus Leader Media reports that employees let go by Wells Fargo over background checks argued the “criminal charges were in some cases decades old” and “had been expunged or dismissed from their records.” The lawsuit alleges: “Pursuant to the Backgrounds Check Project, Wells Fargo abruptly fired hundreds of exemplary employees, some of whom had worked for Wells Fargo for decades and were approaching retirement, others who had just received promotions or had bonuses forthcoming.”

Argus Leader Media also reports the lawsuit claims Wells Fargo “broke promises to employees when they were told the criminal charges wouldn’t affect their employment but years later were fired for the offenses,” and accuses the bank of committing fraud and deceit, violating the federal Fair Credit Reporting Act (FCRA) that governs background checks in the U.S., and conspiracy. The report is available at www.argusleader.com/story/news/2017/02/06/employees-dumped-wells-fargo-file-suit/97560068/.

One employee cited in the Argus Leader Media report had passed Wells Fargo’s background checks twice before she was fired in 2012 for the theft of a hairbrush in 1982 even though she had disclosed the incident and was told it would not affect her employment. The lawsuit claims Wells Fargo did not inform her that she could apply for a waiver from the Federal Deposit Insurance Corporation (FDIC), which oversees Section 19 of the Federal Deposit Insurance (FDI) Act.

As reported earlier on ESR News, workers who have unfortunately lost their jobs at banks because of a federal law prohibiting a person convicted of any criminal offense involving dishonesty from being employed at an FDIC insured institution have recourse through the de minimis exclusion or the waiver process,” as explained by Attorney, founder and CEO of Employment Screening Resources® (ESR) and author of ‘The Safe Hiring Manual,’ a comprehensive guide to background checks.

The FDIC Statement of Policy for Section 19 of the FDI Act contains a de minimis exclusion and the ability to apply for a waiver.  For de minimis offenses, approval is automatically granted and an application will not be required where the covered offense is considered de minimis, because it meets certain criteria. There are other criteria to be met for waiver applications. More information about de minimis exclusion criteria and waivers is available at www.fdic.gov/regulations/laws/rules/5000-1300.html.

ESR News also reported that the FDIC Board of Directors modified the Statement of Policy (SOP) for Section 19 of the FDI Act in December of 2012 to include modifications to de minimis exceptions that “[t]he offense was punishable by imprisonment for a term of one year or less and/or a fine of $2,500 or less, and the individual did not serve more than three (3) days of actual jail time.” The modified SOP for Section 19 of the FDI Act is available at www.fdic.gov/news/news/financial/2013/fil13003.html.