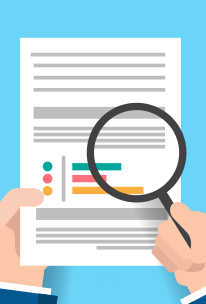 On May 11, 2017, the U.S. Court of Appeals for the Fourth Circuit decided in Dreher v. Experian Information Solutions, Inc., et al that the plaintiff’s claim that Experian violated the federal Fair Credit Reporting Act (FCRA) by listing a defunct company on his credit report – thus denying him access to information to which he was entitled – failed to establish a “concrete injury” under Article III of the U.S. Constitution.

According to the decision, the appeal is from a $11,747,510 judgment in an roughly 69,000 member class action and considered whether the decision of Experian – one of the three major credit reporting agencies along with Equifax and TransUnion – to list a defunct credit card company as a source of information on an individual’s credit report creates sufficient injury under in fact under the FCRA:

We conclude that where an individual fails to allege a concrete injury stemming from allegedly incomplete or incorrect information listed on a credit report, he or she cannot satisfy the threshold requirements of constitutional standing. Here, we discern no concrete injury on behalf of the named plaintiff. Therefore, we vacate and remand with instructions that the case be dismissed.

The plaintiff, Michael Dreher, filed a class action lawsuit in September 2011 claiming that Experian willfully violated the FCRA by failing to provide accurate information in his credit report during a background check for security clearance with the federal government in 2010. The credit report contained a delinquent account under the name Advanta that did not affect his security clearance.

However, Advanta had gone into receivership in early 2010 and another company – CardWorks – took over its portfolio and continued to use information related to Advanta. Dreher claimed the listing on his credit report of Advanta instead of CardWorks as the holder of his delinquent account violated the FCRA requirement that consumer reports accurately identify the source of information.

A district court agreed and concluded that Experian willfully violated the FCRA which creates a right to receive the sources of information for a credit report. But the Fourth Circuit Court of Appeals – citing the Supreme Court decision in Spokeo, Inc. v. Robins – reversed the district court’s decision and concluded Dreher failed to claim a concrete injury in fact sufficient to satisfy standing under Article III.

As reported earlier by ESR News, on May 16, 2016, the Supreme Court decided in Spokeo v. Robins – a case where a man filed a class action lawsuit against an online people search engine that published inaccurate information about his age, education, and experience – that a plaintiff cannot “allege a bare procedural violation, divorced from any concrete harm, and satisfy the injury-in-fact requirement.”

Enacted in 1970, the FCRA regulates the collection, dissemination, and use of consumer information in background check reports – officially called “consumer reports” – supplied by Consumer Reporting Agencies (CRAs). The FCRA is designed to ensure that information supplied by CRAs is as accurate as possible and protect consumers from the inclusion of inaccurate information in their credit reports.

Employment Screening Resources® (ESR) is a global background check firm that is a strategic choice for employers concerned about accuracy and compliance in their screening programs. ESR offers blogs about credit reports and information on states with laws regulating credit reports. For more information about ESR, visit www.esrcheck.com