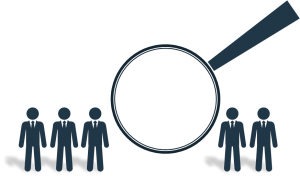 New Jersey Governor Chris Christie has announced a bipartisan agreement on three new expungement reform bills that will prohibit employment discrimination based upon expunged criminal records, increase the number of convictions that can be expunged while accelerating expungements, and reduce the waiting period to expunge an entire juvenile record, according to a press release on the Governor’s website.

The first bill, Senate Bill 3306, would strengthen New Jersey’s “Opportunity to Compete Act” – also known as “Ban the Box” – sponsored by Senator Sandra Cunningham (D-Hudson) and signed into law by Governor Christie in August 2014. S-3306 would prevent those with current and expunged criminal records from being discriminated against at the early stages of employment pursuits.

The second bill, Senate Bill 3307, would reform procedures for expunging criminal records by:

The third bill, Senate Bill 3308, would decrease from five to three years the waiting period to expunge an entire juvenile record, maintaining all other requirements and provisions. The legislation was developed by Governor Christie and Senator Cunningham as part of a bipartisan endeavor to help millions of families, friends, neighbors, and coworkers in New Jersey stricken by the disease of drug addiction.

“A minor criminal offense should not lead to a lifetime of punishment. These bills are about removing barriers for residents and helping them to overcome the obstacles that exist to finding employment, taking care of their families and setting their lives on the right path,” Senator Cunningham stated in the press release. “These bills are a great step to providing offenders with the second chance they deserve.”

As reported by ESR News, researchers at Northwestern University released a study on criminal background and job performance in 2016 that found ex-offenders had “an involuntary separation rate that is no higher than that of other employees and a voluntary separation rate that is much lower.” The study also found ex-offenders to “be no worse, and possibly even better” than workers without criminal records.

Re-entry and second chance programs for ex-offenders will increase in importance for employers, according to Attorney Lester Rosen, founder and CEO of Employment Screening Resources® (ESR), who selected the growing number of businesses giving applicants with criminal records a chance to find work as the number two trend for the 10th annual ‘ESR Top Ten Background Check Trends for 2017.’

“Society also has a vested interest in helping ex-offenders with past criminal records obtain and maintain employment. It is difficult for ex-offenders to become law-abiding, tax-paying citizens without a job. Unless society wants to continue to spend its tax dollars on building more and more jails and prisons, ex-offenders need a second chance to rejoin the workforce and re-entry programs can help,” says Rosen.