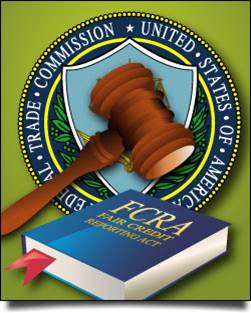 A California Superior Court Judge has granted a motion for class certification for two certified Classes of job applicants in a lawsuit that claims Disneyland background checks for employment did not comply with the federal Fair Credit Reporting Act (FCRA), according to a report from Top Class Actions.

Top Class Actions reports Culberson was denied employment at Disneyland when his background check showed a conviction for battery in 2010 when the actual conviction date was in 1998 and 2010 was the date the conviction was expunged. He could not correct the error before Disneyland denied him a job.

The FCRA requires employers to make disclosures to job applicants so they have a chance to contest any erroneous information in their background check. Under the FCRA, employers must give applicants a copy of the report and a summary of their rights under the FCRA before taking any adverse action.

The plaintiffs claim Disneyland violated the FCRA by sending the required notice to applicants after – not before – making a “No Hire” determination and by not having a “clear and conspicuous” disclosure in a stand-alone written document that consists solely of the disclosure, Top Class Actions reports.

Judge Jones certified two Classes that cover Disneyland job applicants affected under one of the two FCRA issues, Top Class Actions reports, and members from both Classes are U.S. residents who were the subject of a background check for Disneyland employment between November 1, 2011 and the present.

The “Pre-Adverse Action Notice Class” includes people subjected to a “No Hire” recommendation made on the basis of the background check report while the “Defective Disclosure Class” covers people who were the subject of background checks and executed a consent form identical to the one at issue.

The FCRA class action lawsuit against Disneyland is Roger L. Culberson II and Edward Joseph III v. The Walt Disney Co., Case No. BC526351, in the Superior Court of the State of California, County of Los Angeles. The complete news report from Top Class Actions is available here.