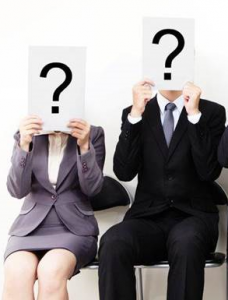 On July 19, 2017, San Francisco Mayor Ed Lee signed into law legislation that was passed the city’s Board of Supervisors called the “Parity in Pay Ordinance” to prohibit employers in the City by the Bay from asking job applicants about their salary history or from considering earnings information in determining whether to hire an applicant and what salary to offer them. The ordinance takes effect July 1, 2018.

Under the Ordinance, “salary” is defined as “an applicant’s financial compensation in exchange for labor, including but not limited to wages, commissions, and any benefits” while “Salary History” is “an Applicant’s current and past Salary in the Applicant’s current position, or in a prior position with the current Employer or a prior Employer.” Prohibitions on the use of salary history in hiring include:

The practice of seeking salary history from job applicants to set pay rates contribute to the gender wage gap by perpetuating wage inequalities: According to the National Committee on Pay Equity, the gender wage gap has narrowed by less than one-half a penny per year in the United States since 1963, when Congress passed the Equal Pay Act, the first law aimed at prohibiting gender-based pay discrimination.

The Office of Labor Standards Enforcement (OLSE) will enforce of the ordinance and investigate possible violations. An employee, applicant, organization, or other person may report to the OLSE any suspected violation of the ordinance. When a violation has occurred, OLSE may issue a warning and notice to correct or a penalty of $100, $200, or $500. Penalties for violating the law begin on January 1, 2019.

The ordinance shall also not prohibit an Applicant from voluntarily disclosing Salary History following an Employer’s initial salary offer in order to negotiate a different salary or prohibit an Employer from considering that applicant’s Salary History in determining a counter-offer. A copy of the salary history law is available here: San Francisco Article 33J also known as the “Parity in Pay Ordinance.”

As reported previously by ESR News, laws prohibiting employers from asking job applicants about salary history are becoming more commonplace. Examples of states and cities passing salary history laws include Oregon with the Equal Pay Act of 2017 (HB 2005), New York City with Introduction 1253-2016, Philadelphia with Bill No. 160840, and Massachusetts with S.2119, An Act to Establish Pay Equity.