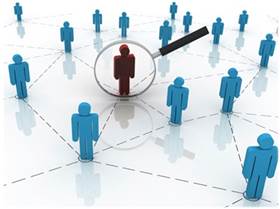 A nationwide survey sponsored by the National Association of Professional Background Screeners (NAPBS) has found that nearly all of the employers surveyed – 96 percent – stated that their organizations conducted one or more types of employment background screening.

The NAPBS commissioned HR.com to conduct the survey of 1,528 human resources (HR) professionals in all 50 states entitled ‘Employers Universally Using Background Checks to Protect Employees, Customers and the Public’ from November 2016 to February 2017.

“We were very pleased to see that the majority of employers are doing background checks,” commented Dawn Standerwick, Chair of the NAPBS Board of Directors for the 2016-17 term and Vice President of Strategic Growth at Employment Screening Resources (ESR).

“Coupled with the primary reason for conducting background checks – safety – we can all feel better that employers are taking workplace and public safety seriously and that the vast majority of employers have a background screening program in place,” Standerwick added.

HR professionals highlighted the need for accuracy in their background screening, with 98 percent believing it was “very important” to their organization that the results were accurate. However, 62 percent stated length of time to get results was the most significant challenge.

The survey also found that 80 percent of employers reported their organization had a documented background screening policy, with only 10 percent saying they did not and 9 percent stating they did not know. The complete NAPBS and HR.com survey is available here.

As reported previously by ESR News, the NAPBS released a memo about the survey in March 2017 stating employers use background screening to make informed hiring decisions, ensure safety in workplaces and communities, retain qualified candidates, and mitigate risk.

Employment Screening Resources (ESR) is a global background screening firm that is accredited by the NAPBS and undergoes annual SOC 2 audits to protect the privacy, security, and confidentiality of consumer data. To learn more, visit www.esrcheck.com.