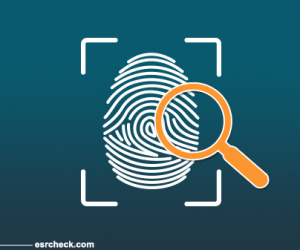 The deceased suspect in a mass shooting in a Texas church that left 26 people dead and 20 others wounded – which Texas Governor Greg Abbott has called “the largest mass shooting” in the state’s history – passed a background check required to purchase the rifle allegedly used in the shooting despite being “court-martialed in 2012 for assault on his spouse and assault on their child,” according to a report from CNN.

CNN reports there “was no disqualifying information in the background check” required for the purchase of the Ruger AR-556 rifle allegedly used in the shooting from a store in San Antonio, Texas in April 2016. After his military court-martial for assault on his spouse and child, Kelly – who joined the US Air Force in 2010 – “served a year in confinement, received a bad conduct discharge, and had his rank reduced.”

CNN reports that Governor Abbott, citing the director of Department of Public Safety in Texas, said that the suspected shooter “tried to get a license to carry a gun in Texas but was denied by the state” at one point. “So how was it that he was able to get a gun? By all the facts that we seem to know, he was not supposed to have access to a gun,” Abbott said. “So how did this happen?”

(UPDATE: CNN reports the Air Force has acknowledged it did not relay Kelly’s court martial conviction for domestic assault to civilian law enforcement that could have prevented him from purchasing the firearms used in the shooting. The Air Force issued a statement saying that “information indicates that Kelley’s domestic violence offense was not entered into the National Criminal Information Center database.”)

After the mass shooting, Kelly was shot by an armed resident outside the church and was later found dead of a possibly self-inflicted gunshot wound in his vehicle after a car chase. The complete report about the Texas church shooting – which may have resulted from the alleged gunman targeting an in-law who sometimes attended the church – is available at www.cnn.com/2017/11/06/us/texas-church-shooting/.

The National Instant Criminal Background Check System (NICS) – mandated by the Brady Handgun Violence Prevention Act of 1993 and launched by the Federal Bureau of Investigation (FBI) on November 30, 1998 – is used by Federal Firearms Licensees (FFLs) to instantly determine whether a prospective buyer is eligible to buy firearms. More than 230 million NICS checks have been made since its inception.

A delay in response from the NICS background check “indicates the subject of the background check has been matched with either a state or federal potentially prohibiting record containing a similar name and/or similar descriptive features (name, sex, race, date of birth, state of residence, social security number, height, weight, or place of birth),” according to the FBI web page about the NICS.

Some of the federal categories of persons prohibited from receiving firearms with an NICS background check include “a person convicted in any court of a misdemeanor crime which includes the use or attempted use of physical force or threatened use of a deadly weapon and the defendant was the spouse…” as well as a “person dishonorably discharged from the United States Armed Forces.”

In July 2015, ESR News reported that former FBI Director James Comey said in a statement regarding the gun purchase of Dylann Roof – who was convicted and sentenced to life in prison without parole for shooting and killing nine people at a church in Charleston, South Carolina in June 2015 – that the NICS should have prevented Roof from purchasing the gun used in the shootings.

Comey said information about potential gun buyers is submitted to NICS, which has three business days to perform a background check and clear or deny a gun purchase. If the clear or deny decision is not given in three business days, the FFL is allowed to proceed with the transaction. Some retailers do not proceed until given a “yes” while others complete the transaction without a decision.

Comey said Roof should not have been allowed to purchase a handgun in April 2015 since his criminal history included an arrest on a felony drug charge in Columbia, South Carolina in March 2015. However,  police arrested Roof in the small part of the city crossing from Richland County into Lexington County so Roof’s rap sheet listed the arresting agency as Lexington County Sherrif’s Office and not Columbia police.

Comey stated the arrest report by the Columbia police where Roof admitted he was in possession of drugs – which would have been enough to deny him permission to buy a gun – was not seen by the NICS examiner who followed protocols by focusing on Lexington County. After three business days, the background check was still listed as “status pending” so the gun dealer lawfully sold the gun to Roof.