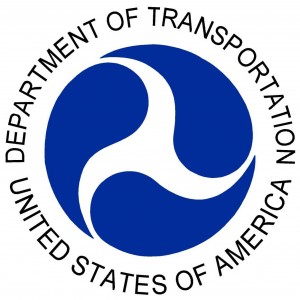 The U.S. Department of Transportation (DOT) has issued a final rule in the Federal Register that adds four semi-synthetic opioids – hydrocodone, oxycodone, hydromorphone, and oxymorphone – to its drug testing panel for DOT regulated industries, adds methylenedioxyamphetamine (MDA) as an initial test analyte, and removes the testing for methylenedioxyethylamphetaime (MDEA), according to a DOT press release. DOT regulated employers will be required to test for these opioids starting January 1, 2018.

“The opioid crisis is a threat to public safety when it involves safety-sensitive employees involved in the operation of any kind of vehicle or transport,” United States Secretary of Transportation Elaine L. Chao stated in the press release about the addition of these opioids to the DOT drug testing panel. “The ability to test for a broader range of opioids will advance transportation safety significantly and provide another deterrence to opioid abuse, which will better protect the public and ultimately save lives.”

Beginning in 2018, employees of DOT regulated employers will also be tested for four semi-synthetic opioids – hydrocodone, oxycodone, hydromorphone, and oxymorphone – that also are known by more common names that include OxyContin®, Percodan®, Percocet®, Vicodin®, Lortab®, Norco®, Dilaudid®, and Exalgo®.  In addition, employees will no longer be tested for MDEA. A summary of the changes in the final rule is at www.transportation.gov/odapc/Part_40_Final_Rule_Summary_of_Changes.

On October 26, 2017, President Donald Trump officially declared “the opioid crisis a national public health emergency under federal law” and directed “all executive agencies to use every appropriate emergency authority to fight the opioid crisis” during remarks in the East Room of the White House. President Trump used the event to sign a presidential memorandum “Combating the National Drug Demand and Opioid Crisis” for the Heads of Executive Departments and Agencies.

In September 2017, ESR News reported that drug testing experts were interviewed for the Talent Economy article ‘What Can Employers Do to Fight the Opioid Epidemic?’ including Dawn Standerwick, Vice President of Strategic Growth at Employment Screening Resources® (ESR). Standerwick said that employers need to recognize that there has been a surge in prescription drug use and that often drug testing panels selected by employers may not even test for the most commonly abused substances.

Standerwick said the majority of drug testing programs encompass a standard 5, 9, or 10 panel test which does not include synthetic and semi-synthetic opiates. Standerwick explained that employers mistakenly assume that because they are opiates, they will be detected using a standard panel. In fact, the standard panel tests for codeine and morphine (naturally occurring opiates), not synthetic versions. In order to detect synthetic opiates, an expanded opiates panel must be added.

The National Institute of Drug Abuse (NIDA) – which advances science on drug use and addiction –  defines opioids as including “the illegal drug heroin, synthetic opioids such as fentanyl, and legally prescribed pain relievers such as oxycodone (OxyContin®), hydrocodone (Vicodin®), codeine, morphine, any many others.” Statistics from the NIDA opioid crisis webpage reveal more than 90 Americans die of an opioid overdoes every day, and more than 33,000 Americans died of an opioid overdose in 2015.

Employment Screening Resources® (ESR) is not your average background screening company and we do not plan on becoming one. ESR offers drug testing along with criminal background checks, education and employment verifications, driving records checks, and Social Security Number (SSN) traces. Contact ESR today to learn about our drug testing services for opioids by calling toll free at 888.999.4474 or by visiting www.esrcheck.com. People Matter. Make Good Choices.