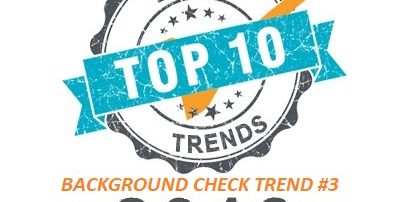 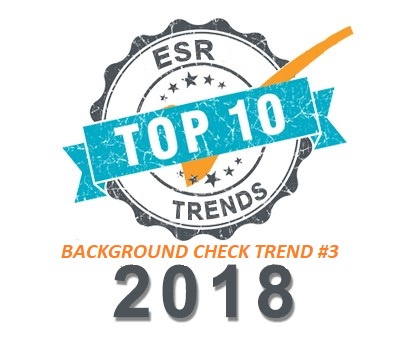 On May 16, 2016, the U.S. Supreme Court ruled in Spokeo, Inc. v. Robins that plaintiffs must prove “concrete injury” in class action lawsuits for alleged “bare” violations of a federal statute such as the Fair Credit Reporting Act (FCRA). The fact that employers are still targeted in lawsuits for technical FCRA violations even after the Spokeo ruling is trend number 3 of the “ESR Top Ten Background Check Trends” for 2018 selected by global background check firm Employment Screening Resources (ESR).

The U.S. Supreme Court stated in its opinion: “Article III standing requires a concrete injury even in the context of a statutory violation. For that reason, Robins could not, for example, allege a bare procedural violation, divorced from any concrete harm, and satisfy the injury-in-fact requirement of Article III.” The Supreme Court also said the injury-in-fact requirement requires a plaintiff to show an injury is “concrete and particularized” and “actual or imminent, not conjectural or hypothetical.” The entire opinion is here.

“In no way did the Supreme Court decision in the Spokeo case mean employers could relax obligations for FCRA compliance and it did not mean employers had the right to ignore the technicalities of the FCRA,” explained ESR founder and CEO Attorney Lester Rosen. “Employers will always need to ensure that they are in compliance with their FCRA obligations and that they are working with a background check provider that understands the FCRA inside and out.”

Rosen – author of ‘The Safe Hiring Manual,’ a comprehensive guide to employment background checks – founded ESR in 1997 in the San Francisco, California area and the firm is accredited by the National Association of Professional Background Screeners (NAPBS). “In addition, lawyers may start to move cases to state courts or look for violations of state specific FCRA type laws, so the Spokeo case by no means ends the need for a laser like focus on legal compliance,” he added.

On August 15, 2017, the Ninth U.S. Circuit Appeals Court ruled in Robins v. Spokeo on remand from the Supreme Court that the claim by Robins that Spokeo violated the FCRA by providing inaccurate information about him had sufficient “concrete injury” to meet the Article III standing established by the Supreme Court ruling in Spokeo and that the lawsuit may proceed. The opinion stated: “Ensuring the accuracy of this sort of information thus seems directly and substantially related to FCRA’s goals.”

Since the Supreme Court ruling in the Spokeo case, several class action lawsuits have been filed against employers that conduct background checks on job applicants involving alleged FCRA violations that concluded with varying degrees of success. In November of 2017, ESR News reported that Avis agreed to pay $2.7 million to settle a class action lawsuit that claimed the car rental company allegedly violated the FCRA when conducting background checks on job applicants for employment purposes.

On the other hand, in October of 2017, a California federal judge granted a Motion to Dismiss in a proposed class action lawsuit against Home Depot that claimed the retailer violated the federal FCRA by failing to make proper disclosures and failing to obtain proper authorization. In the order dismissing the case, U.S. District Court Judge Gary Klausner explained that the lawsuit failed to demonstrate actual harm and did not allege a “concrete” injury as required under the U.S. Supreme Court ruling in Spokeo.

And on August 1, 2017, the U.S. Court of Appeals for the Seventh Circuit held that a plaintiff who filed class action lawsuits claiming extraneous information in a background check disclosure form violated the FCRA lacked the necessary Article III standing under the U.S. Constitution. Circuit Judge William J. Bauer concluded the plaintiff “has not alleged facts demonstrating a real, concrete appreciable risk of harm. Because he has failed to demonstrate that he suffered a concrete injury, he lacks Article III standing.”

On June 15, 2017, in another reversal, a Judge in the Northern District of Texas granted a dismissal for the defendants in a class action lawsuit, holding that the plaintiff who alleged the improper inclusion of “extraneous” information in a FCRA disclosure for a background check lacked standing under Article III of the U.S. Constitution. U.S. District Judge Jane J. Boyle cited the Supreme Court decision in the Spokeo case when she wrote: “A ‘concrete’ injury must be ‘de facto’; that is, it must actually exist.”

In the same month of June 2017, a federal jury in California awarded a record $60 million in statutory and punitive damages after finding that nationwide credit reporting agency TransUnion allegedly violated the FCRA when performing credit checks by confusing consumers with individuals found in the United States Treasury Department’s Office of Foreign Assets Control (OFAC) database. The $60 million award stems from the case of Ramirez v. Trans Union LLC that was filed in February of 2012.

Earlier in May of 2017, the U.S. Court of Appeals for the Fourth Circuit decided a plaintiff’s claim that credit reporting agency Experian violated the FCRA by listing a defunct credit card company on his credit report failed to establish a “concrete injury” under Article III of the U.S. Constitution. According to the decision, the court could “discern no concrete injury on behalf of the named plaintiff” and, therefore, decided to “vacate and remand with instructions that the case be dismissed.”

A case in March of 2017 ended with a similar result when a federal judge in Minnesota dismissed a class action lawsuit where a woman claimed her former employer “willfully” violated the federal FCRA even though she did not suffer any “actual damages” but only “informational damages.” U.S. District Judge Donovan W. Frank granted a motion to dismiss citing the Supreme Court ruling in the Spokeo case which explicitly noted that a violation of a notice provision of the FCRA might not constitute a concrete injury.

Also, in September 2017, Congress held a hearing to consider several proposals including one – “The FCRA Liability Harmonization Act” (H.R. 2359) – that would amend the FCRA to limit damages related to class action lawsuits filed under the FCRA. The Act would establish limits – the lesser of $500,000 or one percent of the net worth of the defendant – on potential liability for statutory damages under the FCRA and also eliminate punitive damages awarded under the FCRA.

In April of 2017, the Federal Trade Commission (FTC) published a blog entitled “Background checks on prospective employees: Keep required disclosures simple” to help employers understand requirements of the FCRA. The FTC told employers to provide applicants “with a clear and conspicuous written disclosure that you plan to get a background screening report about them and you must get the person’s written authorization that gives you their permission to compile the report.”

Enacted in 1970, the FCRA (15 U.S.C. § 1681) promotes the accuracy, fairness, and privacy of consumer information contained in the files of Consumer Reporting Agencies (CRAs) – the technical term for background check firms – and was intended to protect consumers from the willful and/or negligent inclusion of inaccurate information in their credit reports. Readers are reminded that allegations alone made in FCRA class action lawsuits are not proof that a business violated any law, rule, or regulation.

ESR founder and CEO Attorney Lester Rosen has written two whitepapers about the causes of FCRA lawsuits. “Common Ways Prospective or Current Employees Sue Employers Under the FCRA” is a response to the rising trend of class action lawsuits filed for alleged violations of the FCRA while “Common Ways Consumer Reporting Agencies are Sued Under the FCRA” describes practices that can lead to lawsuits that employers should keep in mind when choosing a CRA.

Employment Screening Resources (ESR) – a leading global background check firm headquartered in the San Francisco, California area – will release the 11th annual “ESR Top Ten Background Check Trends” of 2018 via the ESR News Blog during December of 2017. The complete list of emerging and influential trends in the background screening industry for the coming year as chosen by ESR will be available in January of 2018 on the ESR website at https://www.esrcheck.com/Tools-Resources/ESR-Top-Ten-Background-Check-Trends/.